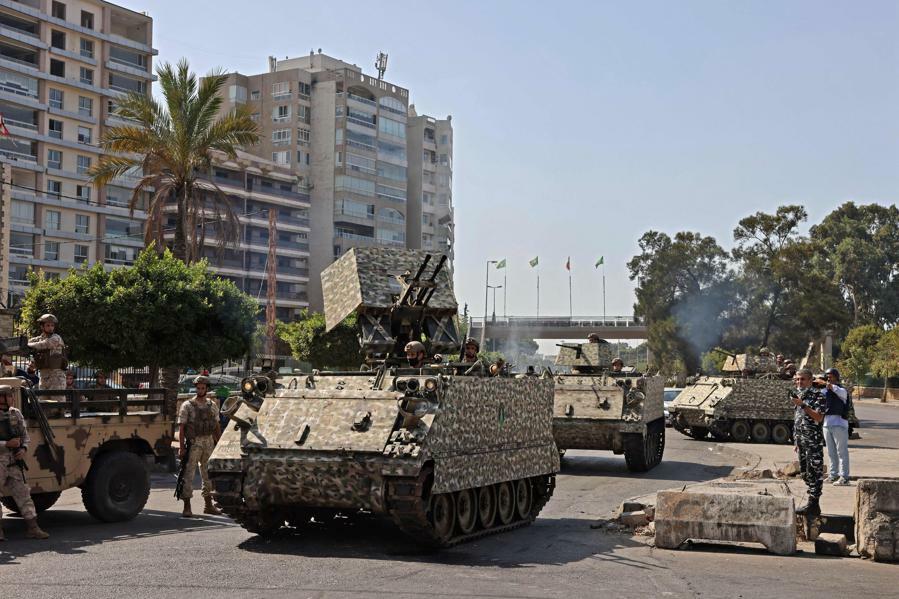 At least six people were killed and several others were injured after heavy gunfire broke out at a protest in Beirut where people were calling for the removal of the judge who is leading the investigation into the August 2020 blast at the city’s port.

Apart from the six deaths, at least 30 people have been wounded in the incident, the Lebanese Red Cross tweeted.

According to CNN, which is citing local reports, snipers shot at the demonstrators on the street from the rooftops of nearby buildings.

Supporters of the Shia Islamist group Hezbollah and its ally Amal were demonstrating near Beirut’s Palace of Justice when shots were reportedly fired at the protestors from an unknown location.

The Lebanese military issued a statement after the incident, warning that it will shoot any armed individual in the area where the firing took place as it called on people to vacate the roads.

Earlier this week, Tarek Bitar, the judge who is leading the investigation into the deadly 2020 port blasts, issued an arrest warrant against Lebanese lawmaker and Amal party member Ali Hassan Khalil. The popular judge has attempted to question some of Lebanon's most powerful politicians on suspicion they were aware of the volatile chemicals stored in the port which ignited on August 4, 2020, and killed 218 people. Hezbollah and Amal have been vocally opposed to Bitar and accuse his investigation of political bias. In a televised speech on Monday, Hezbollah chief Hassan Nasrallah accused Bitar’s investigation of being “politicized.” Another judge had been in charge of the probe prior to Bitar’s appointment, but he was dismissed after two former ministers charged in the investigation successfully filed a motion for his removal. However, several legal efforts to unseat Bitar have failed so far.

One dead, nine injured as heavy gunfire breaks out at Beirut protests (CNN)