At Least 2 Fatalities After Plane Crashes Into San Diego Suburb 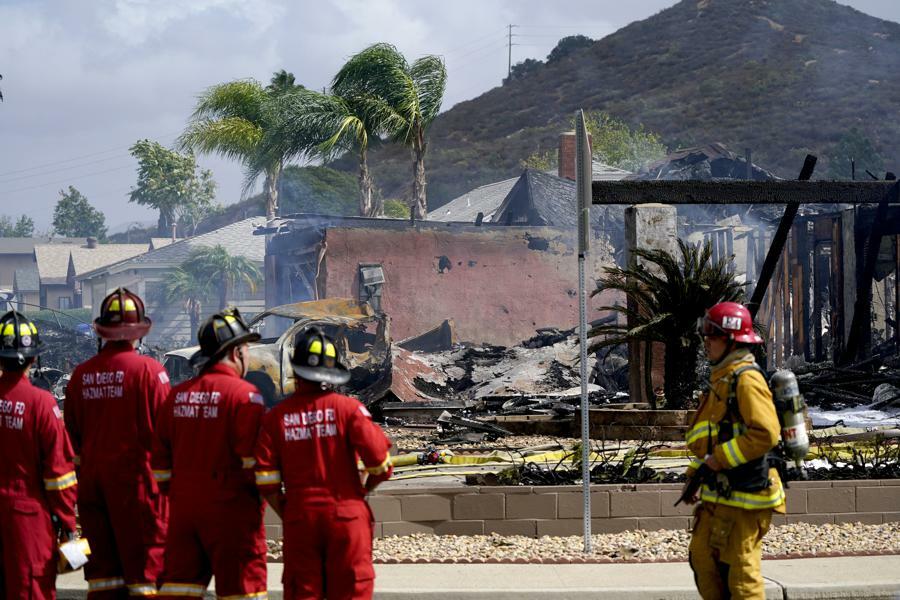 A small twin-engine Cessna C340 crashed into a neighborhood near San Diego after 12 p.m. local time Monday, the Federal Aviation Administration told Forbes, hitting two houses and a delivery truck in the suburban city of Santee, the city tweeted.

The city says it identified at least two fatalities at the scene of the crash, and two people were brought to a nearby hospital.

The FAA said it’s unclear how many passengers were aboard the plane, but Justin Matsushita, Santee Fire Department’s deputy chief, told several media outlets the crash was likely “non-survivable” for any of the plane’s occupants.

UPS says one of its staff members died in the crash, which appeared to severely damage a delivery vehicle: “We are heartbroken by the loss of our employee,” UPS told Forbes in a statement.

“Not to be too graphic, but it’s a pretty brutal scene,” Matsushita told reporters, according to the Associated Press and CNN.

The FAA and National Transportation Safety Board are investigating the crash, both agencies confirmed to Forbes.

The crash took place several blocks from a high school, but students are secure, the school tweeted.