A brutal massacre has left at least 10 people dead after gunmen opened fire at a snooker club in Mexico.

Men with assault rifles stormed the billiard hall at the El Jarras bar in Tarimoro in the Mexican state of Guanajuato at around 9pm local time (3am BST).

The sound of gunfire was heard by neighbours and police soon arrived to find nine bodies strewn across the floor and "riddled with bullets," according to Mexican publication El Universal.

Minutes after the attack, a video recorded by the attackers was broadcast on social networks and the horrifying footage shows bodies lying on the ground with a note on the floor.

The killers fled in cars to an unknown destination once they completed their shooting spree.

Local media reports that drugs from the Jalisco Nueva Generación Cartel were sold within the business, which is why the attack could have been carried out.

The Santa Rosa cartel has been fighting turf battles against the Jalisco cartel for years.

Cartel-related violence has gripped the country for years, but since 2006 has left more than 340,000 dead after the Government launched a controversial anti-drug operation with federal troops.

The Jalisco New Generation Cartel is a semi-militarized Mexican criminal group which is headed by one of the world's most-wanted drug lords, Nemesio Oseguera Cervantes.

The Mexican National Guard as well as the army are carrying out patrols to track down suspects and have launched an investigation.

Tarimoro, a small town of fewer than 36,000 people, is in the south of Guanajuato state in central Mexico, 120 miles northwest of the capital Mexico City. 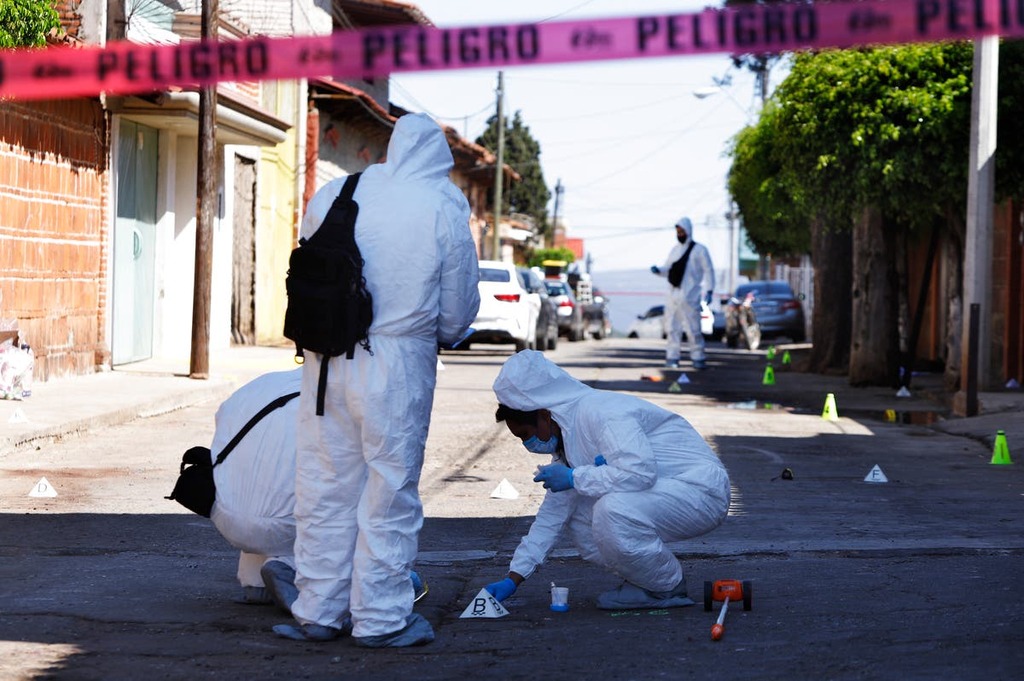 Ten people killed in cartel shooting at Mexico pool hall
The shooting happened at a bar in the Tarimoro municipality, in the state of Guanajuato

The Independent UK
From analysis to the latest developments in health, read the most diverse news in one place.
Mexican locals horrified after finding 20 bags of human remains in hidden 'mass grave'

WARNING GRAPHIC IMAGES: Cops have launched an investigation after the bodies were discovered by members of the Search Mothers Collectives…

Unidentified gunmen opened fire in a bar in central Mexico, killing 10 people, officials said, in the latest outbreak of…

Mexico City (AFP) - Relatives of the 43 Mexican students who disappeared in 2014 protested outside Israel's embassy, demanding the…

AFP
One place to find news on any topic, from hundreds of sites.
Strong quake shakes Mexico, leaving one dead

Mexico City (AFP) - A strong earthquake jolted Mexico on Thursday, leaving one person dead as people rushed out into…