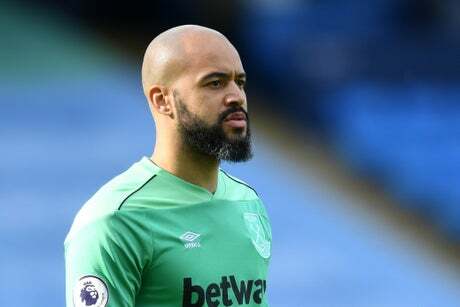 Aston Villa have enquired about the availability of West Ham goalkeeper Darren Randolph.

Steven Gerrard is looking for cover for first-choice ‘keeper Emiliano Martinez and has identified Randolph as a target, with the 34-year-old having fallen down the pecking order since the arrival of Alphonse Areola at West Ham.

Areola, who signed on loan from Paris Saint-Germain, has played in the Europa League and domestic cup competitions, keeping six clean sheets, and is viewed as a long-term successor to Lukasz Fabianski.

West Ham also have a fourth senior ‘keeper, David Martin, on the books, meaning they would allow Randolph to make the switch to Villa Park.

Villa are backing Gerrard in the transfer market this month and have already completed the signing of former Liverpool playmaker Philippe Coutinho from Barcelona on loan.

The Midlands club are also pressing ahead with a move for Everton full-back Lucas Dinge after West Ham deemed his current wages of up to £130,000 a week too high.