It took about 72 hours of Summer League action for the overreactions on the 2022 draft class to begin pouring in.

Chet Holmgren swatted shots and drained threes in a standout performance against the Jazz in his debut, marking the first flag planted in the debate among the top-three picks. Paolo Banchero turned in a 17-point, six-assist effort two nights later in a win over the Rockets, then dazzled with a 23/6/6 stat line against the Kings in his final Las Vegas performance. As the NBA world descended upon the desert, top two picks quickly met the hype.

The start of Summer League was a bit more muted for Jabari Smith Jr. The No. 3 pick scored just 10 points on 10 shots in his debut, making little impact on the offensive end for significant stretches against Orlando. Smith went just 9-for-29 from the field in his first two games, and while he did post a solid 19-point, nine-rebound effort Monday night against San Antonio, his performance didn’t set social media ablaze quite like those of Banchero and Holmgren.

Don’t mistake Smith’s quieter arrival for disappointment, however. Houston’s rookie flashed an array of talents on both ends, with particular polish as a defender. As we look toward 2022–23, Smith’s greatest value as a rookie may lie outside the box score.

So what should we expect from Smith’s rookie season after his first three Summer League contests? Let’s dive into some film and take a look.

Smith took the mantle as the “safest” pick in the 2022 class in part thanks to a sterling defensive effort in one year at Auburn. Smith is an active and attentive defender, one who brings a controlled presence as an interior anchor. He deftly rotated and switched with ease in his first three Summer League contests, a skill that should be quickly translatable against actual NBA competition.

Smith should be far more than a mere cog in a quality defense. He sports the upside of an All-Defense player who can both protect the rim and skate on the perimeter. The latter skill is the central point of Smith’s appeal. He blends light feet with a 7'2" wingspan, and he excels at walling off the lane as he shuffles his feet toward the rim. Incoming drivers will likely have trouble shaking the young forward all year long.

Smith should help solve some headaches for Rockets coach Stephen Silas. The Rockets’ defense was, well, abysmal last season, with Houston lacking both the necessary communication and personnel to slow down opponents. Smith should help paper over the defensive deficiencies of Alperen Şengün in the frontcourt, and the addition of No. 17 pick Tari Eason adds another high-energy wing to the mix. Smith’s defensive skill set and attitude will be a welcome sight for Silas and his staff. Perhaps it will lead to a more competitive product on most nights.

While Smith’s defense has been his calling card in Summer League, draft experts (including Sports Illustrated’s Jeremy Woo) have also highlighted his innate ability as a shooter. Smith is 6'10" with a high release and an impressive knack for squaring his body to the rim off screens and handoffs. Smith is comfortable rising and firing both off the catch and off the dribble. He shot 43.5% from three as a college player, and if Summer League is any indication, he won’t struggle with the NBA three-point line.

Smith should feast on pick-and-pop attempts alongside guards Jalen Green and Kevin Porter Jr. The Auburn product has a good chance to become the first rookie in NBA history to record 100 blocks and 100 threes in a season.

We shouldn’t sell Smith as a simple catch-and-shoot player. He is able to score from all three levels of the floor and his most intriguing offensive tape comes in adverse situations. Smith is a gifted shooter around the free throw line, with a smooth turnaround jumper made easier by his release point. Smith will bail out hundreds of possessions throughout his NBA career. Such a skill could prove invaluable if the Rockets can return to playoff contention in the 2020s.

I’d still tap the brakes on Smith’s Rookie of the Year chances despite the strong returns in Summer League. He won’t receive the same volume of possessions as Banchero, and even if Houston didn’t have its current talented backcourt, it’s hard to envision Smith currently working as a true offensive fulcrum. His handle isn’t advanced enough to dance past quality isolation defenders, and he isn’t enough of a physical force to consistently draw double teams as a driver.

Smith excels at scoring in tight spaces and can drill jumpers off one to two dribbles. But we shouldn’t expect him to be breaking defenders down off the bounce as a rookie. Considering his advanced play in other areas, such a deficiency is a minor concern.

The Rockets are a lottery team as presently constituted, with too much youth to compete in what expects to be a hellacious Western Conference. But there are reasons to be excited in Houston nearly two years removed from James Harden’s trade demand.

Houston’s haul of draft picks from Brooklyn looks better by the month. The tankathon of 2020–21 landed Green. Smith is the latest highly touted prospect to enter the fold, and there are intriguing supplementary pieces on board in Şengün, Porter and Jae’Sean Tate, among others. Houston should have a mountain of cap space next summer, and barring an unexpected jump, another lottery talent is on the way next June.

Rockets GM Rafael Stone turned two discontented stars and a disastrous pick situation into a future of young talent, draft equity and financial flexibility. His patience could pay major dividends across the next decade, especially if Smith pops as a potential All-NBA talent. We’ll get our first returns on that front in the coming months after an impressive Summer League debut.

Keep up with the NBA all year long with fuboTV: Start a 7-day trial today! 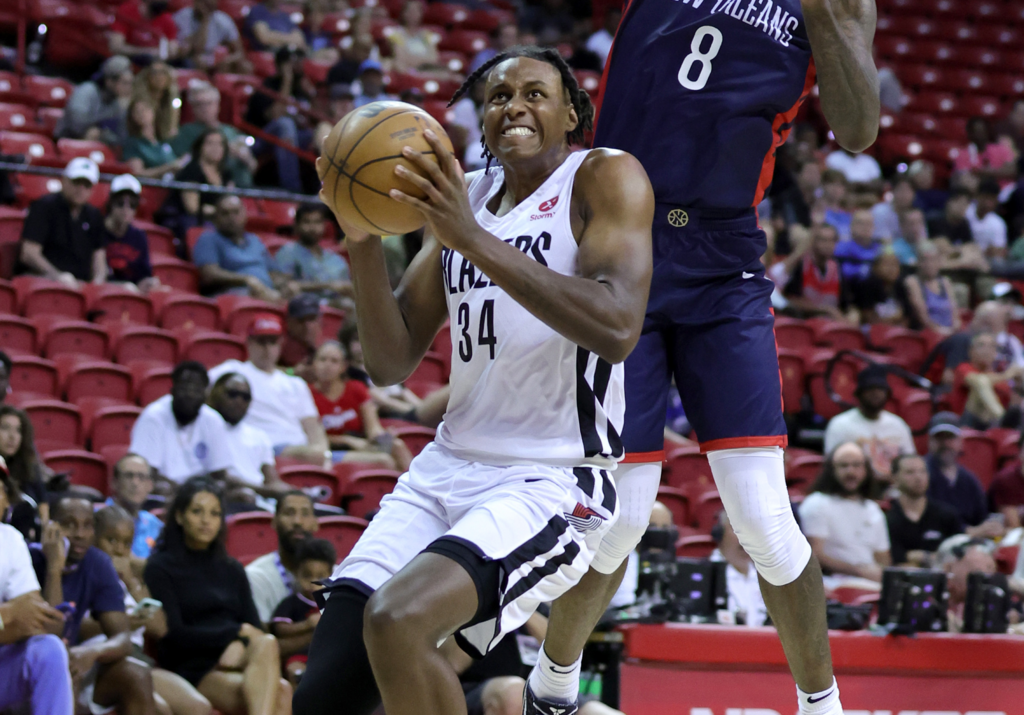 Blazers’ Jabari Walker looks like the biggest steal of the NBA Draft so far during Summer League
Jabari Walker, whose father Samaki Walker was an NBA champion, already looks like one of the best picks in the…

In a new interview with @AdamSpolane, Rockets coach Stephen Silas is hinting at Jae’Sean Tate (and not Eric Gordon) being…

Orlando Magic rookie Paolo Banchero was satisfied with what he was hearing leading up to the 2022 NBA draft. "Just…

“I was a little surprised they called,” top NBA draft prospect Paolo Banchero tells Yahoo’s Chris Haynes, referring to the…

USA Today Sports Media Group
One place to find news on any topic, from hundreds of sites.
Rockets rookie Jabari Smith Jr. sees himself as All-Defensive Team caliber ‘from day one’

Can Jabari Smith Jr. already play at an NBA All-Defensive Team level, starting with his first game in Houston? That’s…