Assange in UK court outburst over distance from lawyers

London (AFP) - WikiLeaks founder Julian Assange on Wednesday briefly disrupted his extradition hearing in Britain to complain about being forced to sit away from his lawyers.

The 48-year-old Australian stood up and launched an impromptu courtroom address from inside the glass-panelled dock of the court during the third day of the hearing, being held in southeast London.

"I can't speak to my lawyers with any proper confidentiality," he complained, noting microphones near the dock could pick up conversations.

"I can't ask, I can't instruct them," added Assange, wearing a grey blazer and a sweater over a collared shirt and seated between two guards.

"There's a whole series of people sitting there and there's microphones.

"This case already has enough spies on my lawyers as it is."

While Assange is behind glass in the dock, his legal team is in the well of the court.

The one-time computer hacker argued he was "as much a participant in Wimbledon" -- referring to the annual tennis championships -- as in the hearing, and complained US officials present had "100 times more contact with their legal team".

Judge Vanessa Baraitser, who moments earlier had asked Assange's legal team to check on him because he appeared tired, promptly intervened to end the outburst, ordering a short break.

"Generally speaking, defendants don't necessarily have a voice unless and until they give evidence," she told Assange, adding it was "completely unusual to let defendants speak for themselves".

Assange faces charges under the US Espionage Act for the 2010 release of a trove of secret files detailing aspects of US military campaigns in Afghanistan and Iraq.

His extradition hearing inside Woolwich Crown Court, next to the high-security Belmarsh prison where Assange is being held, began Monday and is expected to last five days before reconvening in May.

After the brief delay Wednesday, Assange's lawyer Edward Fitzgerald said he would apply for his client to sit in the well of the court in future, claiming he "poses no threat to absolutely anybody".

"Mr Assange is finding it very difficult and feels it very unfair that he can't properly communicate with us while proceedings are going on," he added.

"We respectfully submit that this is a gentle man of an intellectual nature and there's no reason why he should not be able to sit with us."

Baraitser said she would be "happy to hear an application," but warned: "I can't imagine that that could be accommodated".

She added it would likely require a bail application, which had previously been denied.

Assange spent much of the past decade holed up in Ecuador's London embassy after skipping bail in Britain to avoid separate legal proceedings in Sweden.

James Lewis, a lawyer for the US government, said prosecutors "would not agree to a release from custody".

Earlier, Fitzgerald argued Assange's alleged crimes were "pure political" offences which are ineligible for extradition under international law and treaties.

Rebutting the claims, Lewis said British law did not allow for such exceptions or recognise any such treaty rights.

Assange could be jailed for 175 years if convicted on all 17 Espionage Act charges and one count of computer hacking that he faces. 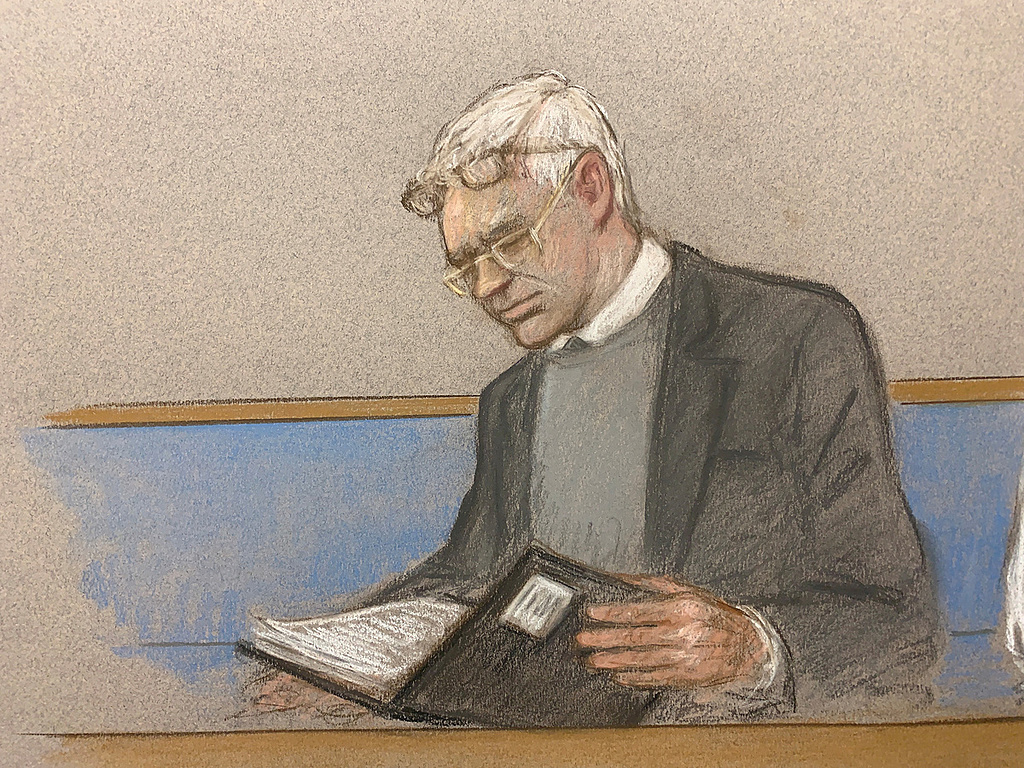 Reuters
One subscription that gives you access to news from hundreds of sites
Assange asks to be released from dock for extradition hearing
Breaking his silence, Wikileaks co-founder Julian Assange asks the court for leave to sit with his legal team, saying it…