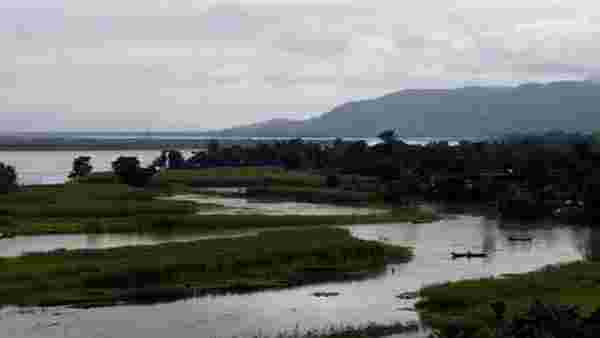 As many as 50 people have been rescued and 70 are still missing as a large boat sank in the Brahmaputra river after colliding with a ferry near Nimati Ghat in Jorhat district of Assam today.

The collision occurred when the private boat 'Ma Kamala' was headed to Majuli from Nimati Ghat and the government-owned ferry 'Tripkai' was coming from Majuli.

The two boats were ferrying around 120 passengers and many of them are still missing, as per the national disaster response force (NDRF), which is engaged in rescue operations.

Saddened by the boat accident in Assam. All possible efforts are being made to rescue the passengers. I pray for everyone’s safety and well-being.

Union Home Minister Amit Shah has also enquired about the incident and offered all possible help for the rescue.

Union Shipping Minister Sarbananda Sonowal has expressed deep concern over the ferry accident and directed his ministry to provide all necessary help for the rescue operations.

Clips from the accident showed the boat capsizing after the collision, as some passengers tried to hold on to it while others jumped into the water to save themselves.

"The boat 'Ma Kamala' capsized and then sank. We do not have much detail at this moment," an official of the Inland Water Transport (IWT) Department said. Another IWT official said more than 120 passengers were on board the boat, but many of them were rescued by 'Tripkai' which is owned by the department.

Jorhat Deputy Commissioner Ashok Barman told news agency PTI that 41 people have been rescued so far and no body has been found yet. "We cannot say right now how many people have died," a senior official of Jorhat district administration said. Personnel of the National Disaster Response Force (NDRF) and SDRF have started a search and rescue operation.

The boat was also carrying several four-wheelers and two-wheelers that went down the river. CM Sarma expressed concern over the accident and directed the district administrations of Majuli and Jorhat to undertake the rescue mission expeditiously with the help of NDRF and SDRF.

He also asked minister Bimal Bora to rush to the site of the accident. Sarma asked Principal Secretary to Chief Minister Samir Kumar Sinha to monitor the developments round-the-clock. "The Chief Minister himself will visit Nimati Ghat tomorrow for evaluating the situation," a CMO statement said.

I am pained at the tragic boat accident near Nimati Ghat, Jorhat.