Benchmarks edged up in Japan and Australia, while falling in South Korea and China.

Some analysts worry that if the U.S. Federal Reserve raises interest rates too quickly, or by too much, that could set of a recession. A slowdown in the U.S. would almost certainly hurt the Asian region, which exports and manufacturers for the U.S. economy.

The Fed has said it will continue to raise interest rates to temper rising inflation. The benchmark short-term interest rate was at a record low of near zero during much of the coronavirus pandemic.

“Many others had spotted recession risk out in 2024, but we have been aggressive from the outset in our forecast for a potential U.S. recession this year,” said Clifford Bennett, chief economist at ACY Securities.

Even if concern over interest rate increases has been allayed somewhat, investors are still watching closely for what Fed Chariman Jerome Powell might say next, said Stephen Innes, managing partner at SPI Asset Management.

“That does not mean the bear market is over, especially with the recession on everyone’s mind,” Innes said.

Wall Street ended last week with a broad rally, but the market still recorded its sixth straight weekly drop, the longest such streak since 2011.

Although some technology shares rose, Twitter fell 9.7% Friday, after Tesla CEO Elon Musk said he was putting his deal to acquire the social media company on hold. Tesla rose 5.7%.

The upcoming round of corporate earnings may provide insights into how inflation is affecting businesses and consumers. Several major U.S. retailers report results later this week, including Walmart, Target and Home Depot.

Markets have slumped since late March as traders worry the Fed may not succeed in its delicate mission of slowing the economy to rein in the highest inflation in four decades without causing a recession. 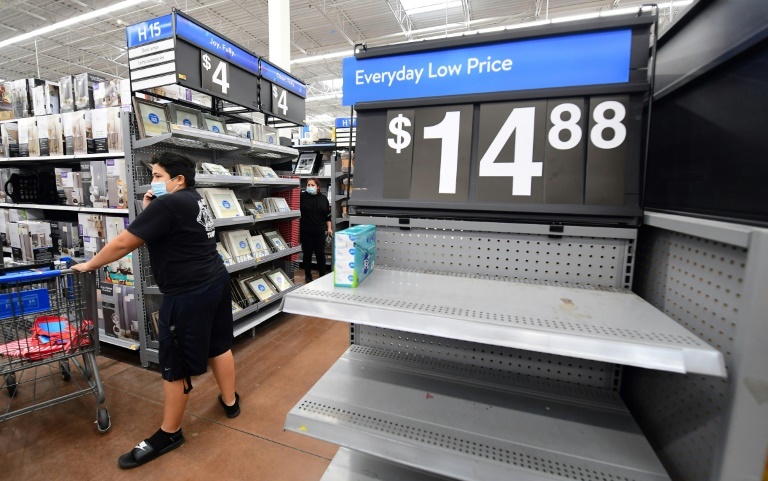 AFP
One subscription that gives you access to news from hundreds of sites
Asia stocks mixed after Wall St gain, Powell warns on rates