Asian markets mostly up as attention turns to US jobs 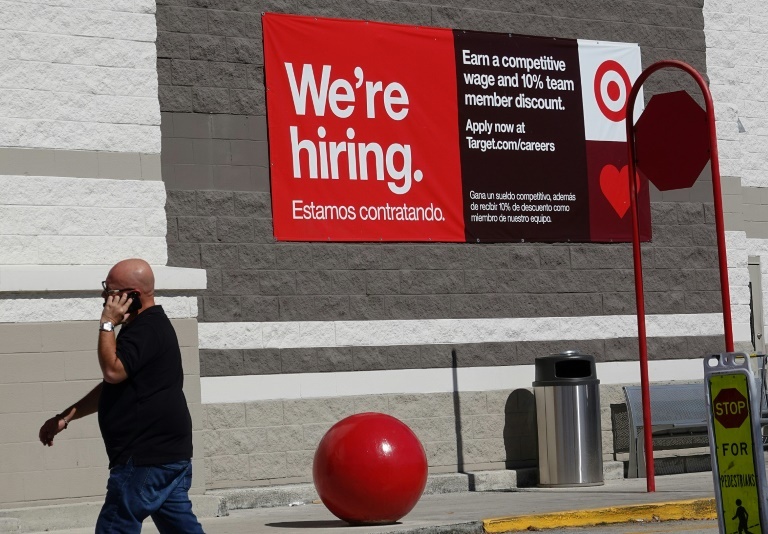 Hong Kong (AFP) - Asian equities were mixed Friday as investors battled to instigate a recovery after this week's volatile start to the new year, with the release of key US jobs data taking centre stage.

News that the Federal Reserve is planning a more aggressive campaign to fight surging inflation rattled global traders, who have enjoyed almost two years of cheap cash that has helped push some markets to record or multi-year highs.

The Fed's decision to remove the support put in place at the start of the pandemic comes as the world's top economy continues to show resilience, with unemployment falling, despite supply chain snarls and rising energy costs that sent prices soaring.

Minutes released Wednesday showed the positive view on the recovery led the US central bank to start hiking interest rates sooner and quicker than expected.

There were also indications officials were considering reducing its massive bond holdings, adding upward pressure to lending costs -- Treasury yields are set for their biggest weekly jump since 2020, according to Bloomberg News.

The minutes sent global markets plunging, with tech firms among the worst hit as they are more reliant on debt to fuel growth.

Asia fared a little better, with Hong Kong up 1.8 percent, and Sydney and Seoul rising more than one percent each, while Singapore, Mumbai, Bangkok and Jakarta also rose.Tokyo pared early losses to end flat, with Shanghai, Wellington, Taipei and Manila lower.

London edged up, Paris was flat and Frankfurt slipped.

"We knew coming into 2022 that the Fed was going to be a creator of volatility within the market and we're seeing that right out of the gate at the start of the year," Lindsey Bell, at Ally Invest, told Bloomberg News.

"The good news is that...things seem to be stabilising a little bit after (the initial) knee-jerk reaction."

Eyes are now on the release of the closely watched non-farm payroll figures for December, which could impact the Fed's decision on when and how quickly to lift rates.

A figure way above the forecast 447,000 new posts could force officials to take a more hawkish tilt, which would likely weigh further on equities.

Crude markets built on their recent run-up this week -- both contracts have added more than five percent since last Friday -- as concerns about the impact of the fast-spreading Omicron Covid-19 variant fade, allowing traders to focus on the demand picture.

While crucial consumer China continues to battle outbreaks by imposing new lockdowns, unrest in producer Kazakhstan and a drop in output from Libya was providing support.

"Oil has rallied in recent weeks as financial markets have dismissed Omicron, rightly or wrongly, as a temporary aberration," said OANDA's Jeffrey Halley.

"That momentum accelerated this week, despite OPEC+ hiking production, and now we have Kazakhstan and Libya disruptions adding to the bullishness."

Bitcoin was also under pressure, falling for a second day to $41,008, a level not seen since the end of September.