SULAYMANIYAH (Iraq): Indian junior archers on Sunday had a dream run in the Asia Cup Stage 2, making it to six finals in recurve and compound team events.

Indian men's recurve team of Parth Salunkhe, Mrinal Chauhan and Juyel Sarkar, who got top billing in the qualification, downed their counterparts from Uzbekistan 6-0 in a one-sided affair to set up a gold medal clash against Bangladesh.

The top-seeded women's recurve team of Bhajan Kaur, Avani and Laxmi Hembrom beat Kazakhstan 5-1 in the semifinal. They will also take on Bangladesh in the gold medal clash.

Indian recurve mixed team of Salunkhe and Bhajan then made it three out of three when they overcame a 0-2 deficit to down Iran 6-2 en route to the final. India will take on Uzbekistan in the recurve mixed gold medal match.

India also made it three out of three finals in compound team events.

The men's team of Prathamesh Fuge, Rishabh Yadav and Jawkar Samadhan defeated their rivals from Kuwait 230-225 to set up a summit clash against Bangladesh.

In the women's section, the trio of Parneet Kaur, Aditi Swami and Sakshi Chaudhary defeated hosts Iraq 225-218 en route to a gold medal clash against Kazakhstan.

In the compound mixed team event, Fuge and Parneet downed Iraq 152-145 to set up a gold medal clash against Kazakhstan.

The national federation had sent a junior team for the event. 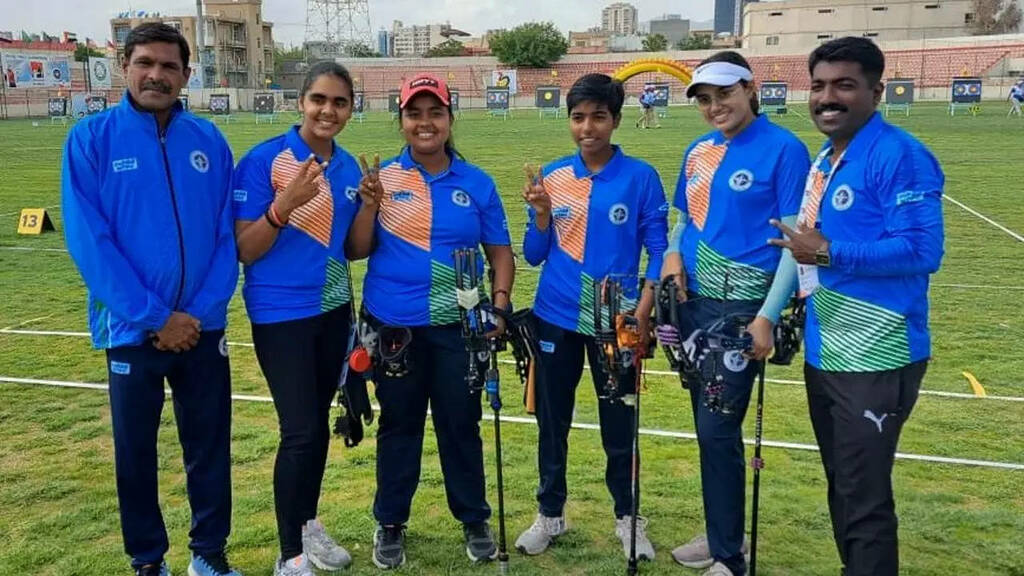 The Times of India
One subscription that gives you access to news from hundreds of sites
Asia Cup Archery: India bag three gold medals and one bronze

SULAYMANIYAH (Iraq): Indian archers were all on target, bagging three gold and a bronze to open their account at the…