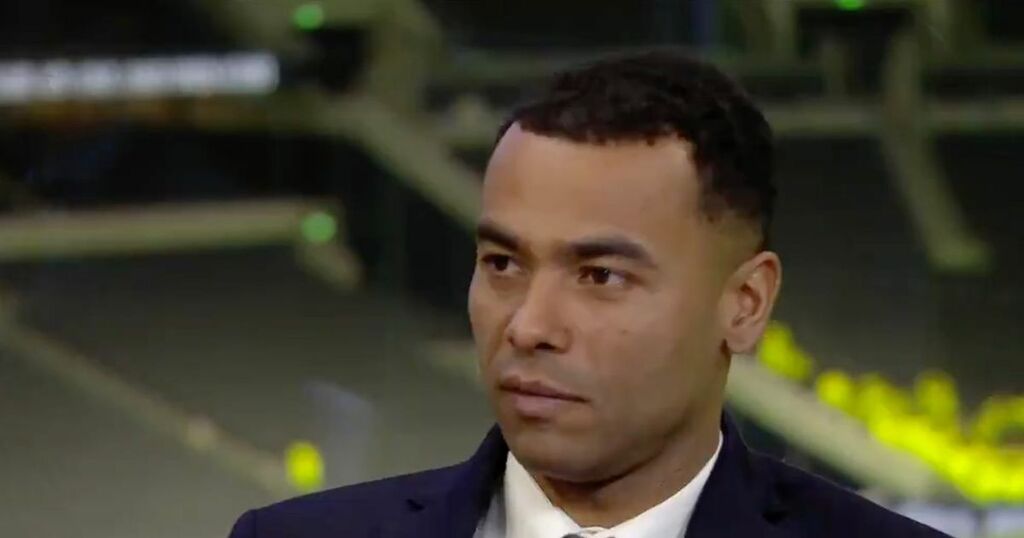 Ashley Cole has told Chelsea that they cannot afford to lose Antonio Rudiger when his contract expiries this summer.

Rudiger has been an integral part of Thomas Tuchel 's team over the past 12 months, helping the Blues become one of the best defensive teams in the world and winning the Champions League.

But the 28-year-old's current deal is up in June and Rudiger could soon leave Stamford Bridge for free if his wage demands are not met, amid links to Real Madrid and Bayern Munich.

Cole was on punditry duty for the Blues' 1-0 win at Tottenham Hotspur on Wednesday - in which the German defender scored - and stressed how important it is that the European champions to keep him.

Join the debate! Should Chelsea agree to Rudiger's eye-watering demands? Give us your verdict here.

"I think he can do everything. He can play out from the back, he can start attacks, he doesn't like to be beat one-v-one, so he puts his body on the line.

After his compatriot scored the goal which helped the Blues reach to the Carabao Cup final, Tuchel was asked once again about the Germany international's situation.

"Everybody knows there's a lot of ifs, let's wait what the reality will be," the Chelsea boss stated.

"We have things to offer. He is a player in a Chelsea environment and I think he knows it well."

Ex- Liverpool and England midfielder Jamie Redknapp, alongside Cole in the studio, had his say on the situation, adding: "He's a player they have to keep.

"I don't know what the situation is. He's going to be courted by all the top teams in world football."

Redknapp even went on to propose a potential move by claiming: "I look at my team, Liverpool. You can imagine him alongside [Virgil] van Dijk.

"He's a free transfer in the summer, not going to cost you any money. Just obviously a massive wage is what he will want.

Have your say! How did Chelsea fare against Tottenham? Rate the players below.

"There's not many like him in world football. A lot of centre-backs now, they're nice.

"Not many of them are going to be aggressive, kick you, be in for a fight every time you play against them. That's what Rudiger brings.

"He's a one-off to that extent. If you're Chelsea, you're doing everything [to keep him]. But from his point of view he's in a good position, everyone will want him.

"Since Thomas Tuchel came in he's been a revelation. One of the reasons is that back three and certainly because of him."