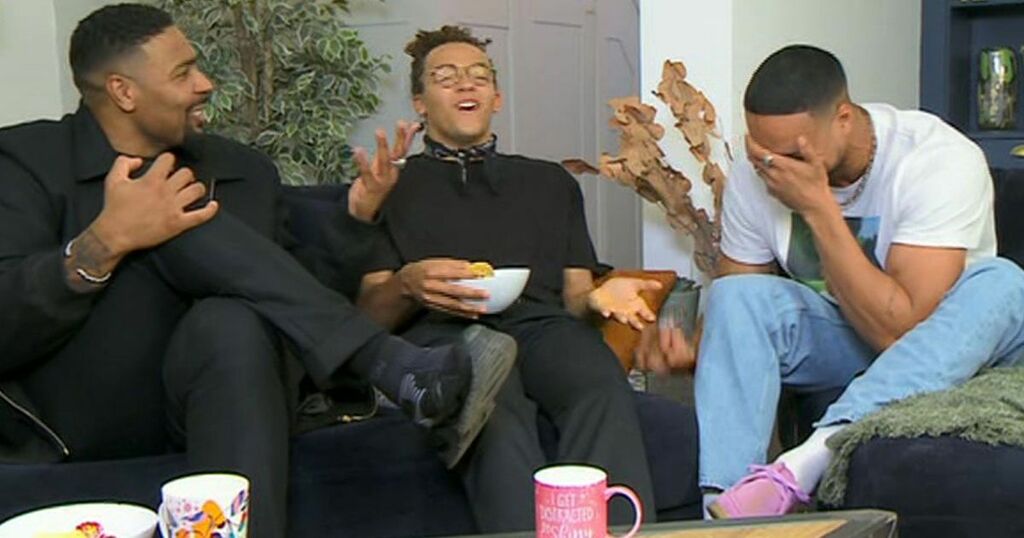 Ashley Banjo was left red-faced during the latest episode of Celebrity Gogglebox as he accidentally spoke about having a foot fetish.

The 32-year-old Diversity star appeared on the Channel 4 show alongside his brother Jordan and good friend Perry Kiely.

However, Jordan and Perry were left gobsmacked as they watched an episode of the new series of Married At First Sight UK with Ashley.

The trio were shocked at the concept of the E4 reality show and the fact that the couples have never seen one another before getting married.

"Obviously you can imagine feet is a thing for a lot of people, but in a wedding dress you can’t see their feet," he continued.

Jordan and Perry were quick to pick up on his comment, with one of them teasing: "He’s got a foot fetish!"

Looking a bit embarrassed, Ashley shouted: "No I haven’t got a foot fetish! A lot of guys would say, ‘ohhh nice feet'."

He then quizzed the pair: "Are you telling me you would be with your other halves if their feet were crazy feet?"

But Jordan and Perry were having none of it, with Ashley's siblings replying: "What are you talking about? You need to shut up, you need to leave, so weird!"

A second tweeted: "Ashley hahaha!! #Gogglebox," while a third added: "#Gogglebox is cracking me up. Ashley Banjo is Eddie Murphy's Marcus in Boomerang; he wants perfect feet - not hammer toes! #BlackToFront."