As the federal election looms, study finds nearly a third of children in seat of Parkes are being left behind

A report into early childhood development has found those living in north-west New South Wales were three times more likely to fall behind when compared to their capital city counterparts.

A national study from Victoria University's Mitchell Institute has determined almost a third of children in the electorate of Parkes — which makes up 49 per cent of the NSW — had already fallen behind by the age of five.

It found 28 per cent of children in the region started school "developmentally vulnerable" compared to 11 per cent in North Sydney, with Parkes ranking third worst in NSW and 16th in Australia.

"We have a very highly inequitable education system, one of the worst in the developed world," she said.

"We found a trend towards electorates with high rates of developmentally vulnerable children and those same electorates having a shortage of childcare places available.

"The evidence shows us that early learning for children can really be so helpful to overcome disadvantage and assist children in catching up before they start school."

The education researcher said it was important to address development issues before school.

"The data is looking at key milestones and indications that students are on the right track, including physical health and overall wellbeing, emotional regulation and maturity, language and cognitive skills, and general knowledge," Ms Matthews said.

"We know a really big problem is children who start school behind tend to stay behind, so those gaps just become harder and harder to close."

With the federal election just over a week away, addressing childcare accessibility and affordability was considered an important issue for the region.

Nationals MP Mark Coulton has held the seat of Parkes for 15 years.

"You need to have more flexibility for childcare in the more remote parts of the Parkes electorate," he said.

"That's why we work with the mobile preschool and Aboriginal groups.

"There's Aboriginal-specific childcare, for instance, in Brewarrina and Lightning Ridge."

He added that there was "now more support for working families to be able to afford childcare."

"We have helped fund upgrades for childcare in country towns," Mr Coulton said.

Labor candidate  for Parkes Jack Ayoub said the party wanted to see the cap on childcare lifted "to make it more affordable across the board".

"That's an important step for people who want to return to the workforce after having children," he said.

"It does provide that initial introduction to education for young kids, and also to identify where there may be developmental issues that need attention.

"We will support and do anything to assist women getting in the workforce and that means more childcare," she said.

"Childcare is so expensive; mothers who go back to the workforce can't afford it.

"The majority of their wage goes on to childcare [and] that needs to be addressed." 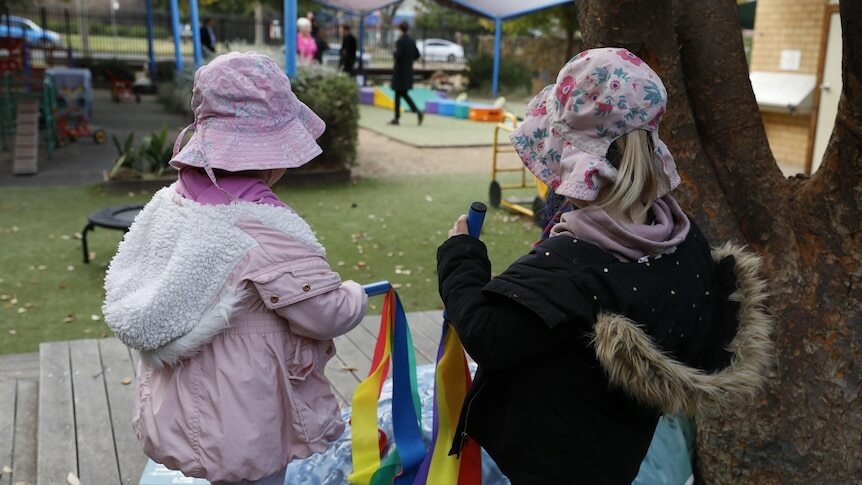 Early education in federal electorate of Durack gets a poor report in Mitchell Institute study
A study finds that children in Australia's north-west are falling behind in school, with a lack of childcare access in…

ABC News
One subscription that gives you access to news from hundreds of sites
Childcare policies 'miss the mark' as nine million Australians struggle to access care, research shows

ABC News
Braddon is one of the most marginal seats in this federal election, and these young voters want their voices heard

Tasmania's north-west and west are one of the most important battlegrounds in the federal election, with the electorate of Braddon…