As oil nears $100, Saudis snub US, stick to Russian pact amid Ukraine crisis

Rising oil prices and fears of a Russian invasion of Ukraine have created a dilemma for Saudi Arabia: Help the West by pumping more crude to tame the market, or stand by a five-year-old oil alliance that is helping Moscow at the expense of Washington.

For now, the world’s largest crude exporter is sticking with Russia.

President Biden has repeatedly called on Persian Gulf producers to pump more oil to reduce gasoline prices that, for Americans, are about twice as high as they were earlier in the pandemic. Those calls have grown more urgent as oil prices have risen toward $100 a barrel for the first time in nearly eight years, and threaten to go higher amid a Russian troop buildup along the Ukrainian border.

Instead, the Saudis have said they won’t pump more than they agreed to last year as part of a deal between the Organization of the Petroleum Exporting Countries and Russia, an alliance called OPEC+. That pact allows for production increases of 400,000 barrels a day each month, but it has done little to stem the rise in oil prices, and the Saudis have pumped less than their share, according to the International Energy Agency.

In Russia, which pumps about 10% of the world’s oil, higher prices would bolster its state revenue and help provide a buffer against potential Western sanctions in the event of an invasion. But in the U.S., higher energy prices have stoked inflation, hurt Mr. Biden’s poll numbers and complicated the West’s ability to impose sanctions on Moscow.

Mr. Biden called King Salman last week to talk about a range of Middle East issues, including “ensuring the stability of global energy supplies," the White House said. Shortly after the call, a statement from King Salman highlighted “the role of the historic OPEC+ agreement," saying it was important to stick to its pact.

At an energy-industry conference in Riyadh on Wednesday, Fatih Birol, the head of the IEA, which includes the U.S., called on OPEC+ to pump more oil. Brett McGurk, the Biden administration’s Middle East coordinator on the National Security Council, and Amos Hochstein, the State Department’s energy envoy, were also in Riyadh.

In a private gathering at the conference, the Saudi energy minister, Prince Abdulaziz bin Salman, rejected calls to pump more oil. He said renegotiating quotas between OPEC members risks bringing volatility to oil markets rather than stabilizing them.

“The kingdom is not on the same page with the U.S. currently," said an OPEC delegate. “We all know they are not ready to cooperate with the U.S. to calm the market."

American and European officials have said sanctions on Russia’s oil-and-gas industries aren’t being considered now, a recognition that such measures would lead to unsustainable price increases. But even sanctions against Russia’s banking and other sectors could lead to energy-supply disruptions because oil-and-gas traders may pull back from the risk of working with a sanctioned country. Experts say the Western sanctions being discussed could cut off about 7% of the world’s oil supply.

Frank Fannon, who served as head of the State Department’s bureau of energy in the Trump administration, said the high prices will help Russian President Vladimir Putin by bolstering the country’s foreign reserves and providing support for its currency, the ruble, in the face of potential sanctions.

The threat of a Russian invasion of Ukraine marks the first major geopolitical test of the Saudis’ energy alliance with Russia.

Moscow and Riyadh were once Cold War enemies but they entered into an oil-production alliance in 2016 when Russia and about a dozen other countries made a pact with OPEC to regulate production. The pact gave new market leverage to Russia, one of the world’s top three producers of crude, and bound Saudi Arabia, the world’s top oil exporter, to deals struck with Moscow.

The pact came with the rise of the young Saudi crown prince, Mohammed bin Salman, who lost political support in Western countries after the killing of journalist Jamal Khashoggi, the jailing and torture of women’s-rights activists and the humanitarian crisis in the Yemeni civil war, in which the Saudis have intervened. Prince Mohammed has forged closer ties with Russia and China, while also making demands of the U.S. that Washington hasn’t met, including a one-on-one meeting with Mr. Biden.

At the same time, the oil-rich Arab monarchies in the Persian Gulf have had their confidence in U.S. security guarantees shaken. The Saudis, for instance, were unnerved after their most important oil facilities were hit in 2019 in an attack blamed on Iran, and the U.S. didn’t respond militarily.

The Saudis have reasons beyond their alliance with Russia to move cautiously in raising oil supplies. The Saudi view is that there is no imbalance between supply and demand in the global oil market that requires more crude, and that the current run-up in prices is mere speculation about Ukraine. An OPEC report points to a global surplus of 1.4 million barrels a day in the first quarter, raising worries of a supply glut.

The Saudis have been cautious about acting alone to use their market power in the past, including in 2008 when they let prices rise to a record $147 a barrel before the financial crisis brought the market crashing back down.

If there is a price surge similar to 2008, Saudi officials said they could reconsider and pump more oil if they feel prices are so high that they will have a long-term damping effect on demand.

But it is unclear what the Saudis would need to reconsider. The high prices are giving the Saudis an injection of cash that will help Prince Mohammed see through some of his most ambitious projects, including a transformation of the country’s economy designed to boost its non-oil industries. 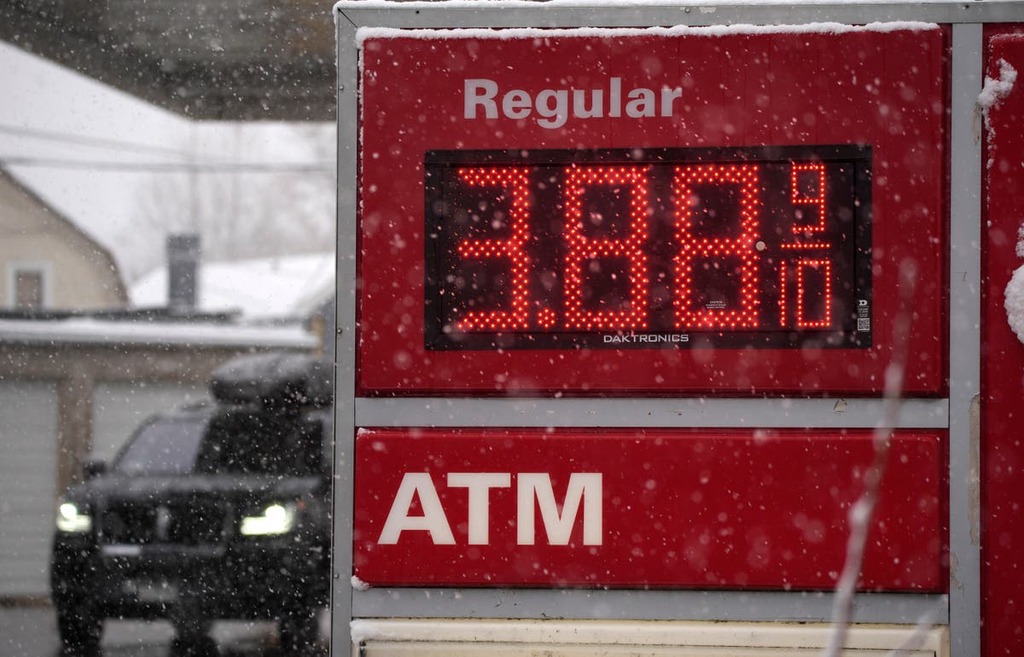 The energy industry cut back during the pandemic, paving the way for a runaway rally that has huge implications for…

Spare supplies of oil and gas are limited globally, making a Russian move on Ukraine a serious geopolitical risk event

A gasoline tax holiday might provide temporary relief from skyrocketing fuel prices, it would likely lead to higher consumer prices…

While the Ukraine crisis presents the U.S. with a foreign policy threat, it's also pushing gasoline prices higher at home