Another major election and another round of carnage for professional pollsters.

Journalist Mona Chalabi spoke for many of us when she wrote: “I do not know how many times polls have to be wrong or how wrong they have to be for us to finally walk away from the dangerous seduction of predicting political outcomes”. Agreed, but why confine the complaint to crystal ball gazing about elections?

2020, universally acknowledged to be an unmitigated year of shit and misery, unleashed not only a global coronavirus pandemic but an endless production line of prophecy. No sooner had the pandemic cruised hit Australian shores than predictions of a better world were moving among us like anxious aerosols. As you read this, books divining a new and more enlightened politics are being rushed into production.

Crises upend the status quo, creating prolonged fear and instability. The fault lines in the institutions and systems that we have chosen to order our lives are exposed. The pandemic has highlighted the fragility of our under-funded health services, the mistreatment of the aged, our over-reliance on an angry superpower and the dysfunction of the labour market increasingly populated with just-in-time workers. Our experience of the crisis has been shaped by stories of hospitals without basic personal protective equipment, negligent aged-care homes turning into death traps and the damage caused by decades of outsourcing secure jobs.

Crises also embolden a universal trait in the human species that probably should not be encouraged; crystal ball gazing. Predicting the future is fraught because human beings are uniformly bad at it. Not only are they bad at it but they don’t learn from their mistakes. No sooner than a bad prediction is laid to rest that another emerges to take its place.

There are two good reasons for our repeated failures to divine the future. First and foremost, to invoke the timeless wisdom of Nobel-prize winning physicist Nils Boehr “Prediction is very difficult, especially about the future.” Prediction is even more difficult if it concerns complex matters involving many variables. Like politics, economics and the rest of life. The more ambitious the prediction, the more likely it is to fail. Twenty five years ago, and to much acclaim, Francis Fukuyama declared the end of history and the universal triumph of liberal democracy. That prediction also didn’t end well.

Secondly, studies by psychologists have shown that we tend to predict outcomes that we desire. Jesus was arguably the first to fall into this trap when before he died, he predicted that his own return would be imminent. It wasn’t. Undeterred many have since predicted the return of Jesus and pinned this momentous event to a particular date.

We are still waiting.

We are also waiting for driverless cars and a shorter working week, the latter a prediction repeatedly made for hundreds of years.

The arrival of a lethal new virus on our shores united political foes against a common enemy. Richard Flanagan was among the many to hail the initial bipartisan response to the pandemic as “a rebuke to the murderous madness of ruling through division, a testament of hope to all that can be achieved when ideology is ditched.” We dared to dream of the end of ‘hyper-partisanship’ and a new era of consensus. The dream didn’t last.

Ever since, the predictions have multiplied. The end of neoliberalism, the end of globalisation, a renaissance of manufacturing, the decline of the department store, worker-less offices, a descent into barbarism, the imminent introduction of a universal basic income, and a renewable energy recovery.

Admittedly, there is a logic to many predictions. Coronavirus exploded the myth of small government, balanced budgets and the free market as crippled businesses formed an orderly queue for their share of taxpayer funds. Mammoth Keynesian economic stimulus has been deployed across developed economies, consigning libertarians into an embarrassed silence. Spain has already nationalised private hospitals and both France and the UK governments are considering ownership of airlines and other large businesses.

Academic Wendy Carlin took to the Financial Times to opine that the pandemic would lead to “a leftward shift on the one-dimensional government-versus-markets continuum of policy alternatives.” The Guardian’s Paul Mason put it more bluntly, “By the end of the month there'll be only two kinds of people in British politics: reluctant socialists and enthusiastic ones.”

But when confronted with a bold new prediction, it’s always useful to consider the counter-factual. Despite the drastic policy reversals engendered by coronavirus, there is plenty of evidence to suggest that once the pandemic recedes, we will revert to something closely resembling business as usual.

The coronavirus pandemic is not going to change the course of climate change politics. If there is any hope of that, it will come from the actions of key trading partners and pressure from the incoming Biden administration.

Most of us will return to work in offices. Globalisation will continue its relentless march with more trade deals to emerge. Critical services like childcare, aged-care and health care will continue to be underfunded. Notwithstanding the death toll in the aged-care system, the elderly will continue to be mistreated. In the logic of the market, funding services to customers who are likely to die in a relatively short time represents a poor return on investment.

For 40 years, the neoliberal project has shifted wealth away from workers in favour of businesses by selectively shrinking the state, regressive tax cuts and wage suppression. The recent federal budget broke all debt and deficit records but nevertheless retained a deeply neoliberal core. Treasurer, Josh Frydenberg describes the budget as “consistent with the government’s core values of lower taxes and containing the size of government, guaranteeing the provision of essential services, and ensuring budget and balance sheet discipline” before adding that “businesses and individuals — not government — are the true creators of wealth and employment.”

When the time comes, government largesse will be replaced by austerity directed at those who can least afford it.

The federal government will shortly introduce yet another set of workplace laws seeking to introduce even more ‘flexibility’ into the labour market. More precarity, more outsourcing, more risk-shifting, more underpayment.

The misuse of JobKeeper by major corporates to fund extravagant bonuses and dividends continues a familiar theme. Profits will continue to be privatized and losses will be socialised. Since March Qantas has received $800 million in government support, including JobKeeper. In August, it announced that it would outsource thousands of employees in order to cut its labour costs. Using JobKeeper as a form of job shredder has been met with government silence.

While a crisis presents an opportunity for lasting change, recent history shows us that it is not inevitable. Neoliberal politics shrugged off the global financial crisis, treating it like a minor flesh wound. By definition, crises require us to act differently including by quickly adopting radical changes from the status quo but there is no guarantee that the changes we make will endure or be for the better.

Josh Bornstein is a lawyer and writer whose columns have appeared in The Age, The Guardian, The Australian Financial Review, The Saturday Paper and Meanjin. Twitter @JoshBBornstein

As an inkl member you can directly support the work of inkl Original journalists, while also getting access to 100+ publications like Foreign Affairs, The Independent, The Economist, Financial Times and Bloomberg.

As part of our commitment to building a sustainable future for journalism, a portion of your monthly inkl membership fee will go directly to inkl Original for as long as you remain a subscriber. 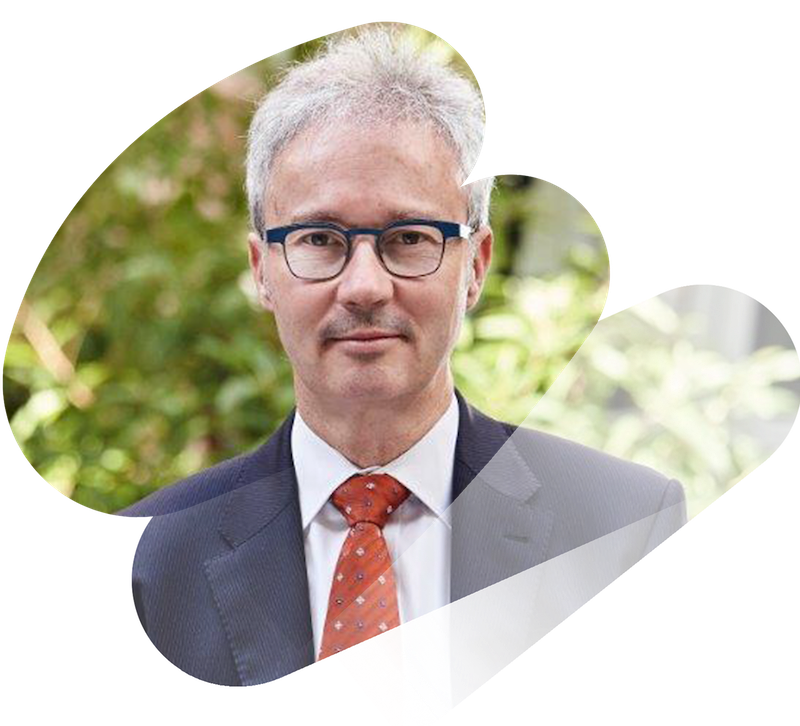 Josh Bornstein is a lawyer and writer whose columns have appeared in The Age, The Guardian, The Australian Financial Review, The Saturday Paper and Meanjin. Twitter @JoshBBornstein