As Melbourne gears up to exit lockdown, suburbs in the south-east are struggling to curb COVID 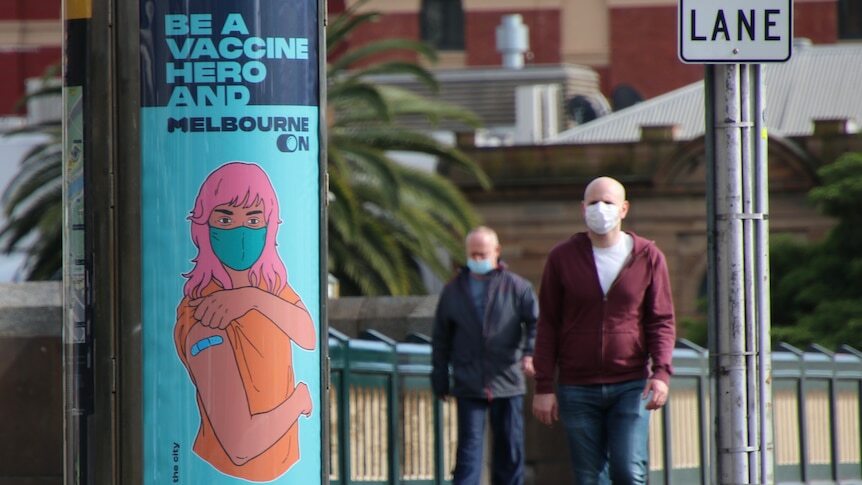 Melbourne's south-eastern suburbs are emerging as the city's newest COVID-19 hotspot, with the number of people battling the virus in the City of Casey doubling in a week.

There are now 1,387 active COVID cases in Casey, making it the area with the third-highest infections in the state, behind Hume (3,244) and Whittlesea (1,751) in Melbourne's north.

Monday's COVID figures showed 174 new cases in Casey — the most among any Victorian local government area.

Casey has a population of about 270,000 and is one of Melbourne's fastest-growing council areas, with migrants and young families flocking to outer suburbs like Cranbourne and Clyde North during the past decade.

It is also home to established suburbs including Berwick, Endeavour Hills and Narre Warren.

Cases are also rising in the neighbouring city of Dandenong, which recorded 109 new cases and had more than 700 people infected with COVID.

Federal government figures show close to 90 per cent of Casey residents have received a first vaccine dose, but only 54.2 per cent are double-vaccinated, meaning the city is lagging behind national and state averages.

The double-vaccination rate in the suburb of Doveton could be as low as 25 per cent, state government statistics show.

Casey's median population age is lower than the Victorian median, which could provide some insights behind why the take-up across the city has been slow.

But doctors in the area have also blamed vaccine hesitancy, anti-vaccination campaigns and a shortage of Pfizer at medical clinics.

GP Ravi Wijesekera said some people held off being vaccinated because of fears around rare AstraZeneca side-effects.

Others, he said, had been complacent because cases in Melbourne's current outbreak initially spread through other parts of the city.

With local cases now on the rise, Dr Wijesekera said a sense of panic had set in.

"Still, people want to have the vaccine they think they should have," he said, referring to people who were unhappy to take the AstraZeneca jab.

"It doesn't matter which vaccine, just go and get it.

"All three vaccines are very good."

Yesterday there were at least 12 no-shows, he said.

"We got an anonymous letter dropped in front of our clinic saying we're part of a conspiracy … there was a lot of misinformation going around," he said.

On Monday, the state government said it was setting up additional COVID testing and boosting the vaccine drive in the area.

"We have been expressing concern about the south-eastern suburbs for a few weeks now," Department of Health deputy secretary Naomi Bromley said.