Despite production delays and market upheaval, Amazon is still counting on electric vehicle startup Rivian to help it hit ambitious climate goals and put tens of thousands of electric delivery vans on the road.

Rivian is running a lean operation: The number of vehicles it produced this quarter is almost exactly equal to the number of semiconductors it had, CEO RJ Scaringe said.

Those tight margins have been spooking investors, a panic that came to a head Tuesday when Ford announced it was selling 8 million Rivian shares, starting to cut ties with the California-based company that promised to help usher in the shift to carbon-neutral transportation. Then, on Friday, a regulatory filing revealed Ford sold an additional 7 millions shares. Ford still owns just below 10% of the company.

The announcement on Tuesday sent Rivian's stock plummeting 20%, but the drop was short-lived. It soared over the next two days, following a call with investors Wednesday where Scaringe maintained the worst of the supply-chain constraints were behind it. Rivian would start ramping up production for the rest of the year, he said, and the company has logged more than 90,000 preorders.

On Monday, news of Ford's further sale helped drive Rivian's shares down by almost 7%, with the stock closing at $24.86.

Amazon saw its investment in the company pay off at the end of 2021, when it reported a nearly $12 billion gain from Rivian's initial public offering. But it felt the fall this year, reporting a $7.6 billion loss from the investment in the first three months of 2022.

With 150 million shares and an order for 100,000 electric delivery vans, Amazon is using Rivian's vehicles to help it meet its goal of net-zero carbon emissions by 2040. So far, Rivian's turbulent stock price, driven by production delays and supply chain uncertainty, isn't any reason to question reaching that goal, researchers, analysts and company executives say.

"Rivian is an important partner for Amazon, and we are excited about the future," Amazon spokesperson Kate Scarpa said Friday. "Putting 100,000 electric delivery vehicles on the road by 2030 is no small feat, and we remain committed to working with Rivian to make it a reality."

Rivian is "primed to emerge into an EV giant," analysts from Baird Equity Research wrote in a Wednesday report, adding that the company is "blessed with talent, a clean sheet of paper, robust balance sheet and strong partner in Amazon."

Beril Toktay, director of the Ray C. Anderson Center for Sustainable Business at Georgia Tech, said Rivian's flip-flopping week on the stock market isn't "cause for alarm in the long run."

"These goals by companies are audacious. They need to be met by a portfolio of strategies," she said. "So a tiny blip, like this one company, is really not a story in my opinion."

It's too early to speculate on a timeline that still spans nearly 10 years, said Don MacKenzie, who leads the University of Washington's Sustainable Transportation Lab. But if he did, he'd say Rivian's trajectory wouldn't change his predictions about Amazon overall.

"From what I know of Amazon's electric vehicle goals, they are planning and have initiated purchasing from a number of different vendors," he said. "They have not put all their eggs in the Rivian basket."

Amazon has put 15 different models of electric vehicles on the road, according to an April blog post from the company, including delivery vehicles, e-cargo bikes and e-rickshaws. In addition to its partnership with Rivian, it is working with automakers Stellantis and Mahindra to create a global delivery fleet, Scarpa said.

"There isn't a one-size-fits-all approach," she added.

Amazon placed an order for 100,000 electric delivery vans from Rivian in September 2019. They started testing those vans in Los Angeles in February 2021.

Since starting its testing program with Rivian, "preproduction" vehicles have delivered 90,000 packages and covered 50,000 miles.

Of an expected 25,000 vehicles coming from Rivian this year, Scaringe estimated about one third — or about 8,300 — would be electric delivery vans. Rivian has launched a 700-cubic-foot van and is testing a 500-cubic-foot model.

After months of collecting feedback from Amazon drivers that led to a "whole host of improvements," Scaringe said deliveries are "going to start to ramp up, and you're going to start to see a lot more of them, hopefully, coming into all of our neighborhoods delivering packages."

In the first quarter this year, Rivian produced 2,553 vehicles and delivered 1,227, according to Chief Financial Officer Claire McDonough. It's gearing up to switch to a two-shift operation at its Illinois warehouse and is on track to launch a new vehicle model — R2 — at its Georgia plant in 2025.

Assuring investors that Rivian is prepared to ramp up production, Scaringe said Wednesday that Rivian had already made it through the worst of the shortages.

"We have been working very closely with the suppliers ... making sure that the constraints and line-down situations we have dealt with over the last several weeks, we are going to put those behind us," he said. "We couldn't be more confident in the path that lies ahead. ...

"We are in the driver's seat in terms of our future growth."

Rivian reported $95 million in revenue for the first three months of 2022. It reported a net loss of $1.6 billion, compared to a loss of $414 million for the same time period the year before.

It spent $547 million on research and development, an increase from $289 million the year before, and attributed most of the loss to freight expenses, supply chain challenges and significant labor and overhead costs. 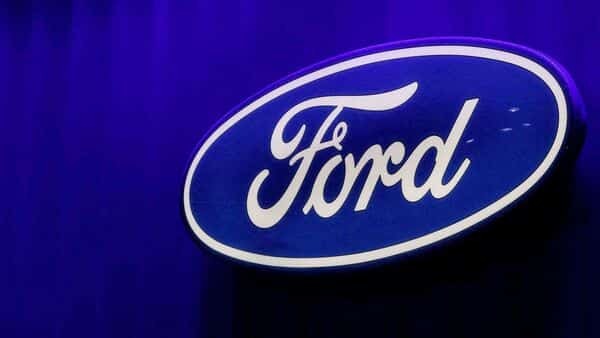 Ford unloads further 7 million shares of electric-vehicle startup Rivian
Sale leaves auto maker with about 9.7% stake in Rivian, whose stock price has been under pressure

Livemint
From analysis to the latest developments in health, read the most diverse news in one place.
Rivian Seat Supply Issue Puts Amazon Electric Van Production Into Question