Aryan Khan's bail order to be pronounced on 20 October 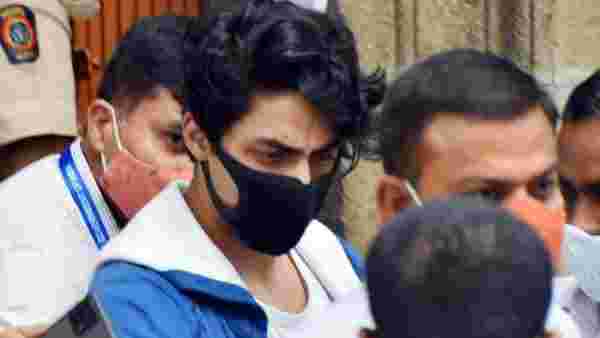 Today was the second day of hearing of the bail plea filed by Khan and others arrested by the The Narcotics Control Bureau (NCB). The court on Wednesday had adjourned the hearing for Thursday.

The NCB opposed the bail plea saying Khan was a regular consumer of drugs.

Appearing for the NCB, Additional Solicitor General (ASG) Anil Singh claimed that there was evidence to show that Khan was a regular consumer of drugs for the last few years. He also reiterated the charge of conspiracy against Aryan, based on his WhatsApp chats.

Since his arrest, the NCB has maintained that though nothing was recovered from him personally, Aryan's WhatsApp chats revealed his links with drug peddlers.

The ASG further contended that drugs were seized from Merchant at the docks, and they were meant for consumption by both Aryan and him. The NCB has also been claiming that Aryan was in contact with members of an international drug racket.

Khan's lawyer Amit Desai said the NCB was pointing to international trafficking racket, but if the consumer states from where he procured drugs, then "the chain is complete".

Desai said the NCB itself had alleged that Aryan disclosed the name of Achit Kumar, another arrested accused. He said the agency can continue the probe, but the allegation of links to international racket against Aryan is "inherently absurd and false".

"I don't think there can be a debate that the entire world is fighting the drug menace. We got our freedom and we must protect it and save the younger generation from the drug menace," the lawyer said.

The NCB in its reply filed in the court on Wednesday said that its investigation has revealed Aryan Khan's role in illicit procurement and distribution of contraband. It further said that Aryan Khan used to procure drugs from Arbaz Khan.

Six grams of Charas was found from the Arbaz Khan during the raid by the NCB. "Investigation has revealed accused number 1 (Aryan Khan's) role in the illicit prominent and distribution of contraband," said NCB in its reply.

"It is also revealed in the investigation that accused number 1 (Aryan) used to procure drugs from accused number 2 (Arbaz Khan) and people connected to Arbaz. Six gm of charas was removed from the accused number 2 from his shoes during the raid by NCB," said NCB.

"Accused numbers 1 and 2 are associated and worked in close collaborations so the offences are attracted against them especially section 29 of the NDPS Act ( Criminal Conspiracy to commit an offence)," added the reply.

Earlier in the day, Aryan Khan was shifted to the common cell of the Mumbai's Arthur Road Jail after his Covid report came negative. He earlier lodged at the quarantine barrack of the Arthur Road Jail.

A total of 20 people, including two Nigerian nationals, have been arrested so far in the case related to the seizure of drugs following a raid at a party on the Cordelia cruise ship off the Mumbai coast on 2 October.