Arvind Kejriwal promises to give Rs 1,000 monthly to every woman in Punjab if AAP forms govt in state 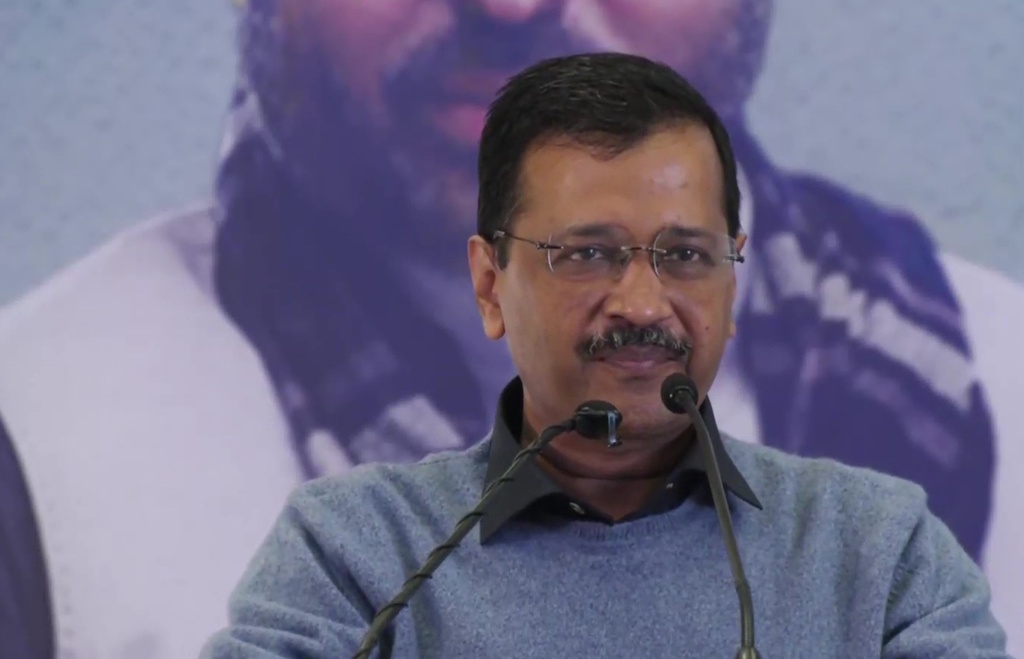 Amritsar (Punjab): Aam Aadmi Party (AAP) National Convener and Delhi Chief Minister Arvind Kejriwal on Monday announced that the party will give Rs 1,000 per month to every woman in Punjab above 18 years of age if it forms the government after upcoming assembly elections in the state.

Addressing a party programme in Moga city of Punjab today, Kejriwal said, "If we form the government in Punjab in 2022, then we will give every woman of the state, who is above 18 years of age, Rs 1,000 per month. If a family has three female members then each will get Rs 1,000."

He further said that "one fake Kejriwal" is roaming in Punjab. "In Punjab, a fake Kejriwal is roaming. Whatever I promise here, he repeats the same. In the entire country, only one man, Kejriwal, can bring down your electricity bill to zero. So beware of that fake Kejriwal," he added.

In view of the 2022 assembly elections, Kejriwal began his two-day visit to Punjab to launch his Mission Punjab.

While addressing media in Amritsar, Kejriwal said that he will visit Ludhiana where he will talk to auto drivers.

On Tuesday, Kejriwal will attend the party's program after addressing a press conference in Amritsar. In the 2017 Punjab Assembly polls, Congress won an absolute majority in the state by winning 77 seats and ousted the SAD-BJP government after 10 years.