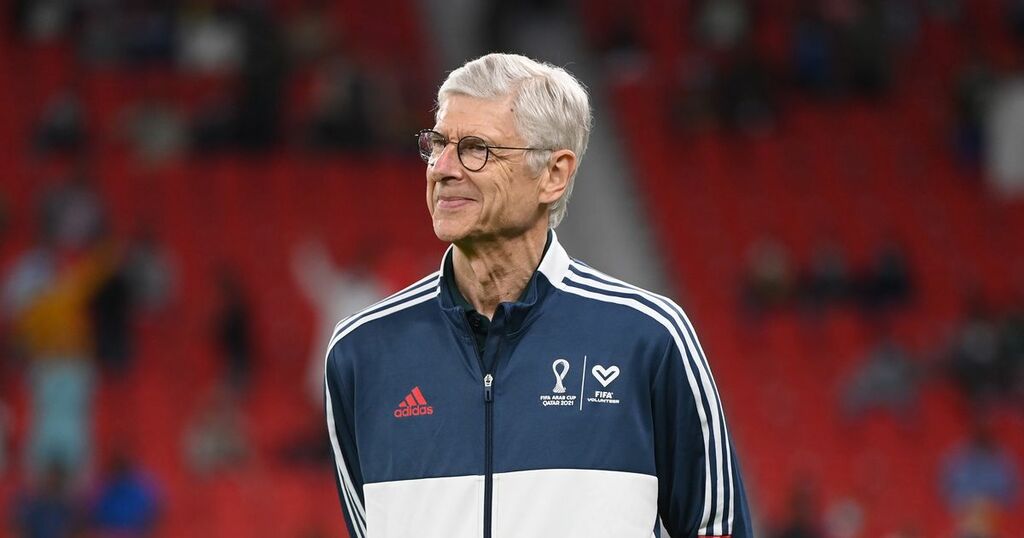 Arsene Wenger has seen a return to the dugout put on hold.

Former Arsenal manager Wenger, 72, was due to take charge of a combined team from Saudi Arabia’s leading clubs Al-Nassr and Al-Hilal in a friendly with Paris Saint Germain in Riyadh next Wednesday.

But PSG, who were also due to be in Qatar for a three-day training camp, have postponed the trip because of recent Covid cases and to “protect the health of its staff and players.”

Wenger has not taken a managerial job since leaving Arsenal in 2018 despite coming close after he was courted by clubs in Japan, held discussions with Bayern Munich about an interim role, while several other European clubs have approached him.

HAVE YOUR SAY! Should Wenger return to full-time management? Comment here.

Arsenal memories : The double transfer which had Wenger "convinced" - but ended in regrets

The Frenchman has since become FIFA’s head of soccer development and, even though the Saudi project was nothing to do with football’s governing body, it could be seen as another step in improving relations with Qatar ahead of the World Cup.

The decision to select Qatar as the host nation of this year's tournament has drawn huge criticism amid allegations of human rights abuse towards workers tasked with helping build stadiums.

However, Wenger has praised those responsible for getting Qatar ready.

"I'm impressed with the quality of the planning for the World Cup, including the thinking that is behind it," said Wenger.

"This World Cup is integrated in the community and there are a lot of plans to make sure it is not wasted after the tournament.

"The project for the event is fantastic – but the community will take advantage of it after the World Cup, which is a great idea."

Wenger's fellow countryman Eric Cantona has expressed his fury at the way the nation has dealt with their duty as tournament hosts.

"Personally, I will not watch it," the 55-year-old former Manchester United star told the Daily Mail.

"I understand football is a business. But I thought it was the only place where everybody could have a chance.

“So it’s why, maybe, if meritocracy and potential is the essence of football, it’s even more surprising that we can organise a World Cup in Qatar, and people actually voted for that.

"It’s only about money and the way they treated the people who built the stadiums, it’s horrible. thousands of people died. And yet we will celebrate this World Cup."

The tournament is also set to disrupt the traditional Premier League schedule given it will begin in November and not finish until late December.

The Premier League is expected to pause from November 18 before resuming in time for the Boxing Day fixtures.