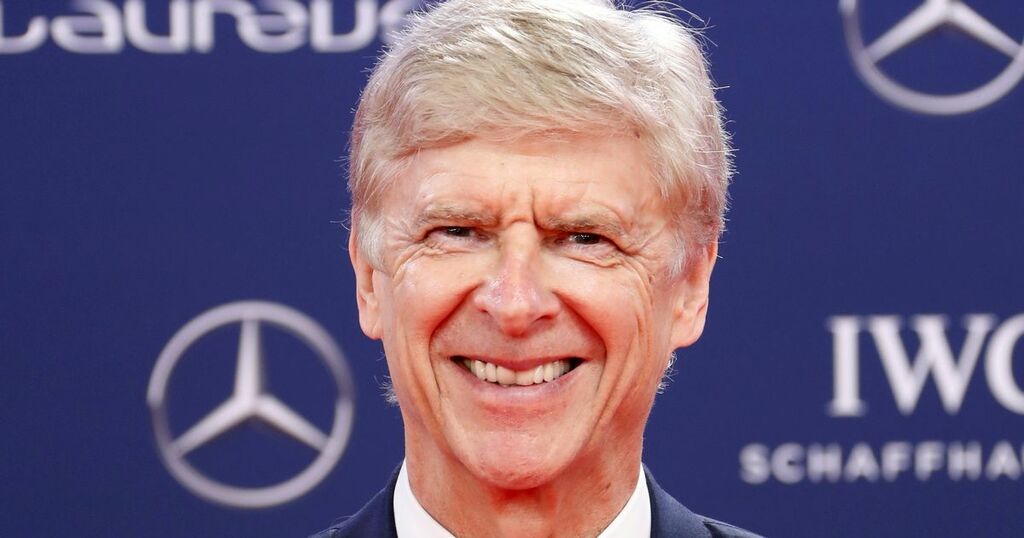 Arsene Wenger has been front and centre of FIFA’s presentation and proposals for the World Cup being played every two years.

The former Arsenal manager has been very impressive in his briefings and words - and if you actually look at what is being put forward then it does not mean more games but a new calendar.

People keep talking about tradition but times change and if the older generation can get their head around it then it might be good for clubs and countries.

Wenger always wanted to work with Sterling during his time as Arsenal boss… and now he has got his wish.

David Beckham generally makes everything he touches turn to gold.

His latest project has seen him become film maker thanks to his production company Studio 99 which is behind the BBC’s brilliant Fever Pitch documentary of the forming of the Premier League.

No wonder they got a star guest at the end of the first show… no other than Goldenballs himself talking about watching Manchester United ’s first title under Sir Alex Ferguson from the stands as a young player.

But the cast list has also included a fascinating interview with Eric Cantona, super insight from Alan Shearer and also the man who made it all possible, the likes of David Dein and former United chairman Martin Edwards.

Former Arsenal vice-chairman Dein must go down as one of the greatest minds and innovators in shaping modern football into what it is today. How Arsenal could do with him now.

You can bet that Arsene Wenger will have used Dein’s ideas and thinking when putting together his proposals for a World Cup every two years.

The Premier League was unthinkable for most traditionalists back in the 1990s and yet now it is the best and most successful league in the world.

Beckham’s input into Fever Pitch is documenting the rise of the beautiful game quite brilliantly.

Everton v Man City drew 681,000 average and peaked at 713,000 on the BBC while Friday night's opening fixture between Manchester United and Reading, the first shown on Sky Sports, there was a peak audience of 311,000.

Arsenal’s win over Chelsea on Sky was a fantastic production, top guests and top pundits and it was given the full five star treatment which will surely soon mean that viewing figures for the women’s game go up.

It was a terrific game, Karen Carney in particular is an excellent pundit and the open nature of the WSL will mean that Sky and the BBC’s joint deal will be a winner. Sky’s production values were superb in their live games, using top people on screen and behind the scenes.

ITV have just clinched a deal to show England’s women’s games and word is they want Sky’s Laura Woods to present.

The England game in Hungary last week drew in a peak audience of 6.4m on ITV.

That shows that football fans have really got the bug again for England coverage.