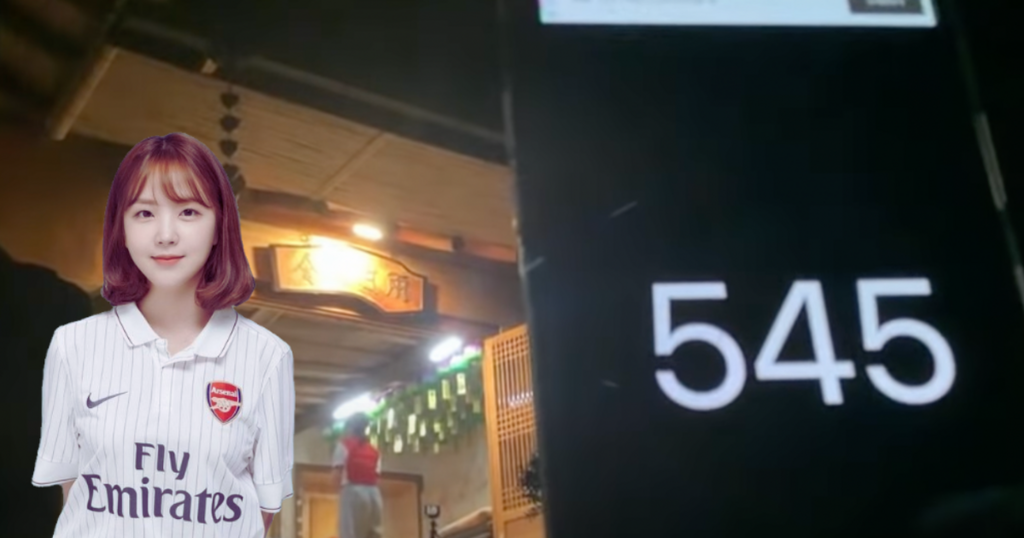 An Arsenal supporter in South Korea bowed down one thousand times at a religious temple — after losing a bet to her brother-in-law.

EeSoo Jeong, a famous YouTuber who has gained popularity for her wide ranging videos about Arsenal, promised to bow down for the Gunners one thousand times if Mikel Arteta's side lost against Manchester City in the third league game of the season.

Following the 5-0 defeat at the Etihad Stadium, Jeong uploaded the video and explained to football.london exactly why her video has become so popular - receiving almost 300,000 views in less than 48 hours.

Can you tell us about yourself?

I've been watching every single game of Arsenal for many years, and I even flew over to England to watch the match several times, including the last match of Arsene Wenger in Arsenal in 2018.

Time after time, my heart grew fond of Arsenal, and now I am currently running a YouTube channel called 'Eesoonal' where I post videos related to Arsenal and football.

Arsenal is the best, the greatest, and I can proudly say it is my world.

When did you start supporting Arsenal?

I started to support Arsenal in 2008.

When I was an international student in Canada, most of my Korean friends supported Man Utd because of Ji-Sung Park.

A Korean player playing for a globally renowned club wasn't common at that time.

Since then, I got interested in Premier League, So I looked up some other clubs in PL and studied their history.

Leaving all other clubs behind, Arsenal FC caught my attention. I was mesmerised by their style of football, and I fell in love with Arsenal.

In addition to their speedy and attractive style of football, a respected manager like Arsene Wenger was a huge attraction for me.

On top of that, their achievement of winning the league without a single defeat was genuinely astonishing.

I needed no other reason not to support this beautiful club, and my love for this team has continued since then.

Your latest video has become very popular. What was the idea behind it?

One day, my brother-in-law taunted me that Arsenal could never beat Man City. Knowing I’m a big Arsenal fan, he relentlessly teased Arsenal and me about how we lost the first three matches. After a never-ending quarrel, we spontaneously decided to make a bet. The bet was: If Arsenal loses, I promised to bow down for Arsenal a thousand times if they lose against Man City. And if Arsenal wins, I asked him to buy me a flight ticket to London in return so I could watch the Arsenal game.

On a side note, bowing down has a special meaning in Korea. There is a religious tradition in which people go to the temple to pray and bow down when they desperately wish for something.

I believed in Arsenal as much as I loved them, and I had no reason not to agree with the bet.

But sadly, we lost.

So, I kept my promise and decided to stream a live video while doing it as a proof.

I prayed for Arsenal with all my heart and my body. It was not easy.

Bowing down a thousand times was much more difficult than I imagined.

But I didn't give up, believed in myself that I could finish this tough challenge with my love for Arsenal, and I made it.

What do you think about Arsenal's start to the season? Do you still believe in Mikel Arteta?

To be honest, it's a very disappointing start for Arsenal, and we're going through a tough time.

Losing three games in a row without scoring a single goal to start the season was the least the Gooners would have expected...

In August, many Gooners, including myself, went through a tough time.

Arsenal is now at the very bottom of the league, and we've got no place to step back. However, what's done is done. There's no turning back. From now on, we must win. We still have 35 games left to play, and I believe a World-class club like Arsenal will surely rise again.

I must be honest; I'm not sure if I could believe in him or not. I have very mixed feelings because I was a really big fan of Arteta when he played for Arsenal. I even have his shirt from the 2013/14 season.

I believe he has much potential as a manager; however, it has not been very satisfying so far. At the moment, there is no other choice for me but to pray for Arsenal and Arteta to bring us the results.