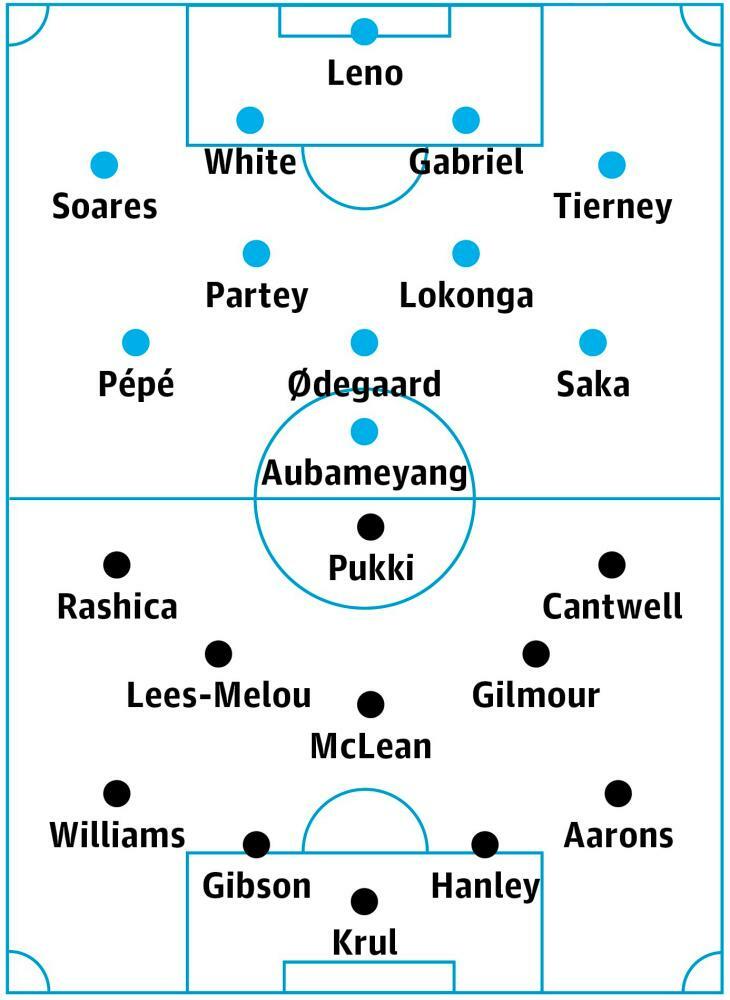 It already looks like crunch time for both Arsenal and Norwich. If either team loses they will be pointless from their opening four games and fighting an uphill battle from here to achieve their respective ambitions. Thomas Partey’s return is a huge boost for Mikel Arteta, who may also give Ben White a home debut. The visitors’ head coach, Daniel Farke, will oversee his 200th match in charge and hopes to buck a trend: Norwich have failed to win any of their last 23 Premier League games in London. Nick Ames