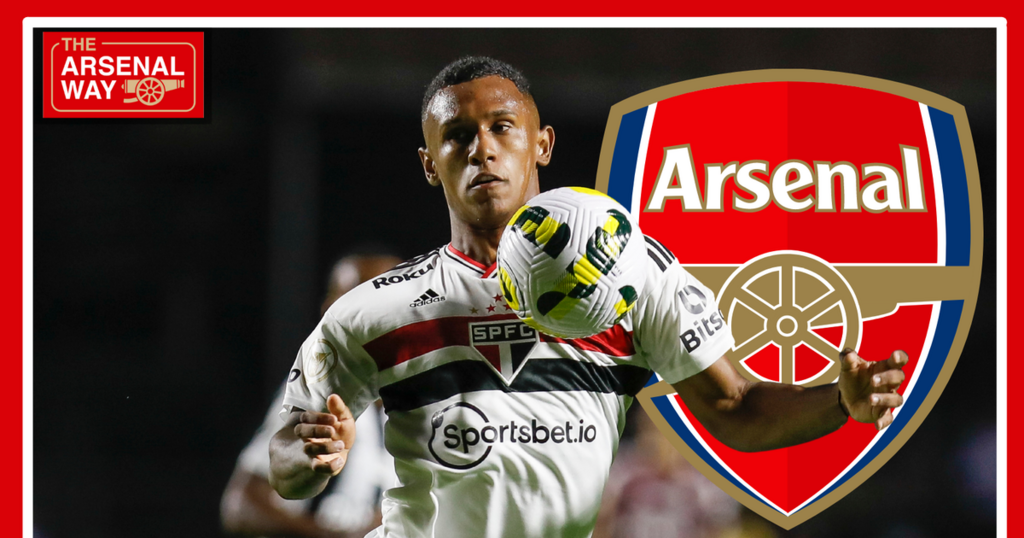 Football London
One subscription that gives you access to news from hundreds of sites
Marquinhos to Arsenal: Everything you need to know about Edu's next Brazil star

Arsenal are on the cusp of signing exciting Brazilian prospect Marquinhos from Sao Paulo in a transfer which will continue the club's clear emphasis on developing young players.

Marquinhos, 19, made his senior club debut last July and has gone on to rack up 39 appearances, scoring four goals and grabbing three assists. The Brazil Under-17 international is comfortable on either flank but his preference is to play on the right wing, allowing him to cut inside onto his stronger left foot.

While Marquinhos has two years remaining on his contract at Sao Paulo, Arsenal have been able to steal a march on other European giants by securing a deal for the teenager. According to Brazilian outlet Globo Esporte, the Gunners will pay just €3.5million (£3m) for the forward and the deal could be announced within days.

Marquinhos signed his first professional contract aged 16, showing just how bright a future he has been tipped for. However, he is not expected to strut his stuff at the Emirates next season as Sport Witness claim Arsenal chiefs are planning to loan him out, with a club in Spain his most likely destination to hone his trade.

The report adds Marquinhos would need to be hugely impressive during pre-season to convince his soon-to-be new manager, Mikel Arteta, that he deserves a spot in the Gunners squad so quickly after his arrival. Arsenal are believed to view their pursuit of Marquinhos as similar to their capture of Gabriel Martinelli back in 2019.

The North London club signed the forward - now a fully-fledged Brazil international - from Ituano for £6million and he has gone on to become a first-team regular under Arteta. The difference between the two signings is that the Gunners hierarchy felt Martinelli was ready to slot into the squad immediately rather than require a loan to further his development.

Which positions do Arsenal need to strengthen this summer? Have your say in the comments!

The 20-year-old has scored five goals in 27 Premier League appearances this season, starting the last three games and picking up two assists in that time. He made his debut for the senior Brazil set-up in March as a reward for his fine progress this season and he has two years remaining on his contract at Arsenal with the option to extend to 2025.

Meanwhile, as well as targeting young players with the potential to progress into first-team mainstays, Arsenal are expected to purchase an established centre-forward. This is because Arteta will be severely light of options up front should Alexandre Lacazette and Eddie Nketiah depart at the expiry of their contracts this summer.

Football London
One subscription that gives you access to news from hundreds of sites
Marquinhos to Arsenal: Everything you need to know about Edu's next Brazil star