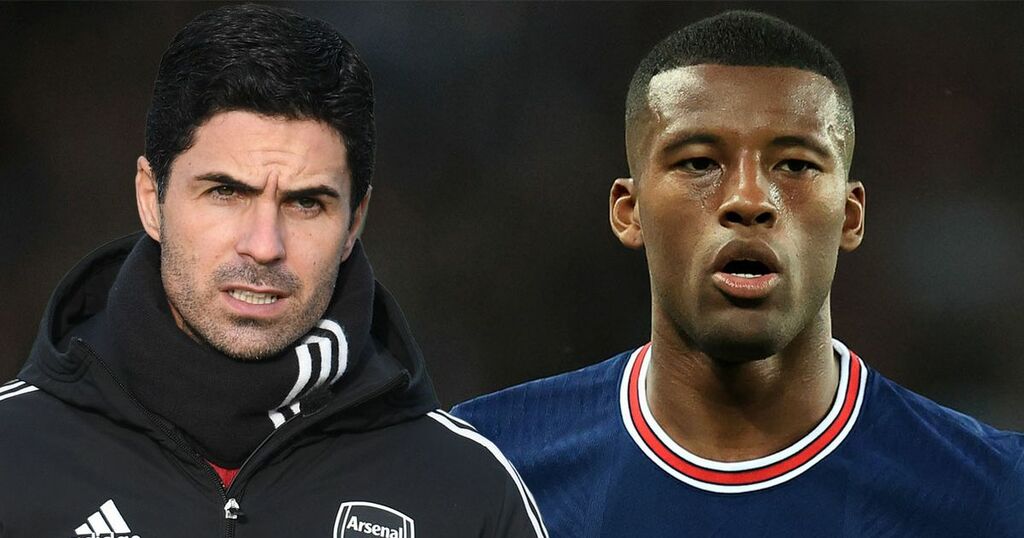 Arsenal have been told it will cost them in the region of £15million if they want to seal a transfer for Georginio Wijnaldum.

The Gunners have registered an interest in the Dutchman after he made it clear he wanted to leave Paris Saint-Germain in January to find regular playing time.

The midfielder has been on the fringes of Mauricio Pochettino's side since joining in the summer after departing Liverpool as a free agent.

It's claimed Wijnaldum is open to a return to the Premier League with Arsenal and Newcastle among the teams keen, according to Sky Sports.

The report suggests both clubs have enquired about a loan deal, but PSG are not willing to entertain a short-term move.

Have Your Say! Should Arsenal make a January move for Gini Wijnaldum? Comment here.

A permanent transfer is a different story, however, although it remains to be seen if this is an avenue the Gunners or Eddie Howe's men would go down.

And it's claimed Wijnaldum would be available for around £15m, according to Fichajes.

The report states Mikel Arteta is keen to use Wijnaldum as a 'double pivot' alongside Thomas Partey in the base of Arsenal's midfield, instead of using him further up the pitch as the player does for the Netherlands.

Wijnaldum said in October that he was "not completely happy" in Paris due to his lack of playing time.

He told Dutch news outlet NOS: "I can't say I'm completely happy, because the situation is not what I wanted.

"But that's football and I'll have to learn to deal with that. I'm a fighter. I have to stay positive and work hard to turn it around.

"I have played a lot in recent years, was always fit and also did very well. This is something different and that takes getting used to.

"I was really looking forward to the new step and then this happens. It is very difficult."

Arteta has admitted that Arsenal are "open" to doing a big deal in this current window as he looks for reinforcements to seal a Champions League place this season.