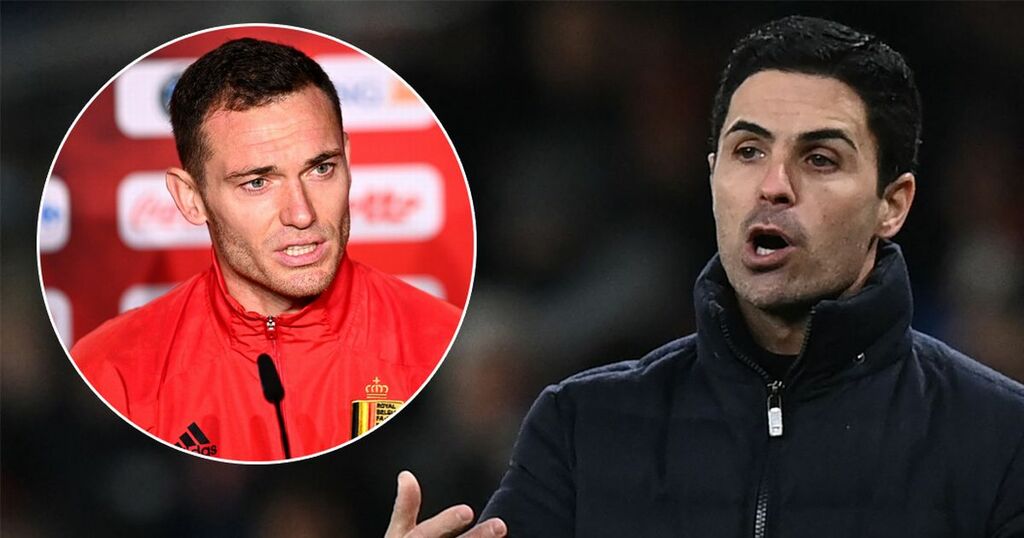 Mikel Arteta appears to have listened to ex-teammate Thomas Vermaelen for Arsenal's next transfer target.

The Gunners are in talks to bring in Arthur Melo on loan from Juventus until the end of the season, while the Serie A side turn their attention another man on Arteta's radar, Bruno Guimaraes.

A central midfielder, Arthur joined the Italian giants in the summer of 2020 from Barcelona, where he briefly played alongside Vermaelen, formerly captain of the Gunners.

The Brazilian received heaps of praise from the Belgian defender, claiming that Arthur has the ability to reach the top of the game.

"Arthur is a good player and of course, he needs more games to adapt to the club and style," Vermaelen stated in October 2018, quoted by Football Espana.

Join the debate! Would Arthur be a good singing for Arsenal? Give us your verdict here.

"But, his start has been incredible, he has all the battling skills and the technical ability to go right to the top."

According to Goal, the 25-year-old, who could feature tonight when Juventus face Inter Milan into the Italian Super Cup final, is open to a move to north London.

Having struggled for game-time under manager Massimiliano Allegri and being handed just 11 starts this term, agent Federico Pastorello said last month: "Keeping a player of this level on the bench is a shame.

"For January we can't exclude anything: there's interest from La Liga clubs, but also from Premier League and Serie A."

Central reinforcements would be welcome for Arteta and co, who lack depth and could have just two midfielders available for their Carabao Cup semi-final first leg against Liverpool on Thursday.

The Gunners have lost Thomas Partey and Mohamed Elneny due to their international commitments at the Africa Cup of Nations, while Emile Smith Rowe and Granit Xhaka both missed Sunday's 1-0 defeat at Nottingham Forest - through a knock and a positive coronavirus test, respectively.

Currently, Martin Odegaard and Albert Sambi Lokonga would be the only senior middle men available, as 18-year-old starlet Charlie Patino filled in alongside the duo last time out.

Arteta has been fairly open about the transfer business his club could do in the January window and told reporters ahead of the trip to Nottingham: "With the amount of things and the way we want to evolve the squad, we have to maximise every window in many different ways.

"We are alert. Edu and his team are working very hard because we know exactly what we need to do. Whether we can accomplish that in January or in the summer is a different question related to other stuff but we are there.

"If it is the right player and we can afford it and we can do what we want to do, we will discuss it and make the best possible decision. We are open."