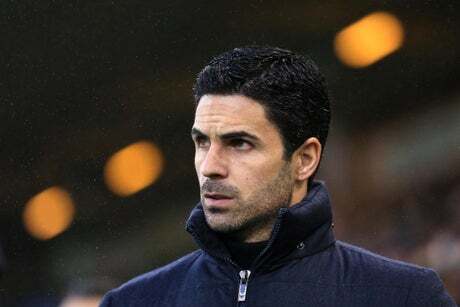 Arsenal are sweating on the fitness of Emile Smith Rowe, Granit Xhaka and Takehiro Tomiyasu ahead of crucial clashes with Liverpool and Tottenham next week.

The trio missed Sunday’s 1-0 defeat to Nottingham Forest in the FA Cup and manager Mikel Arteta is unsure if they will be back for Thursday’s trip to Anfield or Sunday’s derby at Spurs.

Smith Rowe was absent against Forest due to a tight groin, while Tomiyasu has a calf issue. Xhaka, meanwhile, has tested positive for Covid-19.

Asked about Xhaka being fit for the Carabao Cup semi-final first leg with Liverpool or the Spurs game, Arteta replied: “I don’t know. It will depend in the next few days how he is feeling.”

Arteta was then pressed to see if Smith Rowe or Tomiyasu could feature against Liverpool and he said: “Again, it depends how they evolve. They were injured.

“They could not play - the same as Gabi who was suspended - and I don’t know. We have to see in the next few days how they are.”