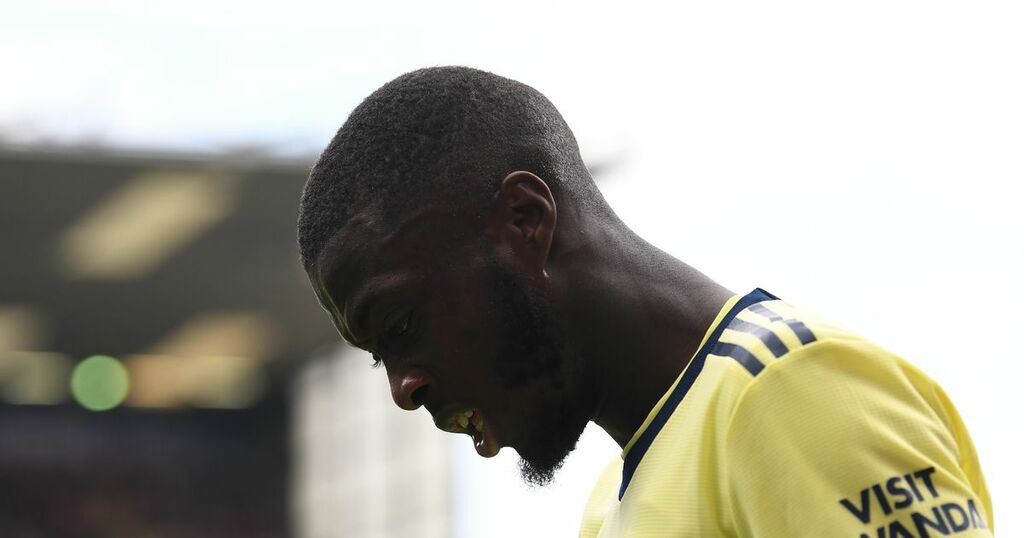 Nicolas Pepe has struggled at the start of the 2021/22 season as he looks to rediscover the form he showed at the end of last term.

The 26-year-old winger, who has just less than three years remaining on his contract at the Gunners, started four of the side's opening five games of the season in the Premier League, but has not been in Mikel Arteta's line-up for the last two matches against Tottenham and Brighton.

Pepe finished last season in spectacular style - with the Ivory Coast international scoring five goals in the final three matches of the campaign - but has been unable to bring his form into the new term.

So far this season in the Premier League, the former Lille winger has managed just one assist and is yet to open his scoring account.

Jose Mourinho, when speaking about Pepe in 2019, lauded the talent of the Arsenal winger and admitted there was a "question mark" over how he would adapt to life in England.

“I know Pepe very well. There’s a question mark over the time for his adaption but he’s obviously a kid with a lot of talent. This is potentially a very good signing for Arsenal,” Mourinho said.

Mourinho knows about Pepe's talent and so does Rafa Benitez, but the newly-appointed Everton boss insisted he needed to show his ability on a more consistent basis in order to reach the next level at Arsenal.

"Pepe will have confidence for two or three games but he has to keep doing it now otherwise he will lose it again," Benitez said last year.

Pepe has the perfect opportunity to prove both managers right, but like Benitez said, he needs a consistent run of games in the Gunners side and to do that, his return in front of goal does need to be improved.

Mourinho mentioned that Pepe may have needed some time to adapt to the Premier League, but Mikel Arteta, when speaking about the Ivorian wide man in April, claimed there were "no excuses" for his winger now.

When asked if Pepe changed his mindset, Arteta replied: "I think he needed to do that, yes.

"He needed a period of adaptation and that is gone now. So we cannot rely on adaptation again, now it is about performance and he can do it.

“He has got the players to support him, a manager that trusts him, he has got all the staff that are willing to help him and all the team mates who really like him because he is a really likeable character, so there are no excuses.”