Arsenal star in the making, a big Leeds United talent and the Tottenham transfer that would cause stir - five stars Swansea City could target in January 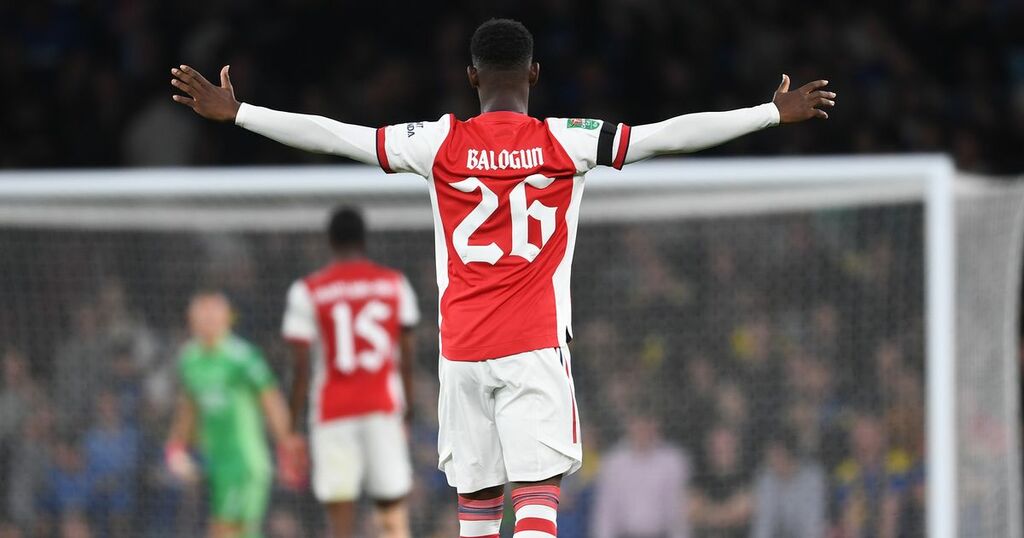 Swansea City boss Russell Martin has admitted that his side may well need some added firepower when the January window opens, with his side currently unable to turn their dominant performances into goals.

The Swans enjoyed 76 per cent of possession up at Pride Park against Derby County on Saturday, but could not convert their clear superiority into a breakthrough, with his side once again having to settle for a point.

Martin himself has been keen to stress the clear progress his team have been making in terms of adopting his methods and buying into his brand of possession-based football.

But the realities of Swansea's struggles in front of goal are clearly too difficult to ignore.

"I think we'll need a bit of help at the top end of the pitch, there's no doubt about it," he explained when asked about the possibility of strengthening in the January window after the stalemate with the Rams.

The recent absence of Michael Obafemi and Olivier Ntcham clearly hasn't helped Martin's cause, and there are high hopes that the current international break could well be a chance for some of his players to get up to speed ahead of the South Wales derby.

Nevertheless, forward options are still surely at the top of his January wishlist, although he is likely going to have to work with a modest transfer kitty, meaning loan deals could well be a central part to his transfer strategy.

Here's a quick look at some of the options that could potentially be on the agenda.

It's not that often you see Swansea tipped for a transfer battle with Liverpool, but that's exactly what was reported back in January.

Folarin Balogun's future was a hot topic of speculation back then, with the talented youngster entering the final six months of his contract at the Emirates.

Talk of an enquiry from the Swans was mooted, as too was a possible move abroad, but the 20-year-old decided to stay in north London.

Able to play as a centre-forward or a left winger, Balogun has been touted as one of the next big things to come through at the Emirates, and has made a scintillating start to the season for the under-23s, netting an impressive six goals in four Premier League 2 games.

However, he's struggled for senior game-time, having made just two appearances under Mikel Arteta.

Some time at Championship level may well suit everyone.

A move that would certainly rustle a few feathers.

Martin brought the Irishman to MK Dons shortly before leaving to take the Swans job, and the forward has shown some impressive form since.

Parrott has netted three goals and earned four assists in 10 games in League One, a run that has already seen reportedly caught the attention of clubs elsewhere.

Football League World already claim that Spurs are fielding enquiries from several Championship clubs over Parrott's availability. It's not clear if the Swans are one of those believed to be keen.

Besides, the same report states that Spurs aren't currently interested in handing Parrott another move away.

Capable of playing across the front three, the Brentford star was firmly on the radar towards the end of the summer transfer window, and was a name greeted with near universal approval by Swans fans.

A loan move, which included the option to buy, fell through at the eleventh hour due to the club managing to hold on to Matt Grimes, but it's a name the Swans could well be tempted to return to.

The 25-year-old has since played just one game for the Premier League new boys, playing 71 minutes of the Carabao Cup clash with Oldham.

The chances of regular first-team football with the Bees in the top flight seem slim, meaning they may well be willing to listen to offers when the window re-opens.

A name who has been linked before, Greenwood was well known to previous boss Steve Cooper following their time in the England youth set-up together.

Sources have previously indicated that the Swans are one of several sides to have shown an interest in taking the striker on loan, although Marcelo Bielsa has previously been reluctant to sanction any move.

The 19-year-old is currently on the fringes of a first-team breakthrough, having been named on the bench for several Premier League outings this season, and has been firmly tipped for a bright future.

It seems unlikely at this stage that Bielsa will change his stance on the youngster, but if he still hasn't made a meaningful impact on the senior side by January, something may have to give.

Swansea insiders have previously played down interest, but it wouldn't be any surprise to see his name part of the conversation once again.

Another move that would rustle a few feathers at MK.

The 20-year-old winger was brought to League One by the current Swans boss under much fanfare, having made a handful of appearances for parent club Norwich City as they marched to promotion last season.

The youngster said at the time: “I heard a lot about Russell Martin from my time at Norwich and when I heard he and MK Dons were interested, I came down to visit. The style of play here is something that I’m used to and suits me really well."

However, the player has subsequently struggled for game-time in light of Martin's departure, and has made just four appearances this season, all of which have come from the bench.

The lack of real experience at this level could well be something of a concern, while the complexities of convincing Norwich to recall him and then send him back out on loan, could also prove prohibitive.

That's assuming Norwich can recall him, of course. .

However, the pair are clearly admirers of one another, so don't be surprised to see the idea floated.