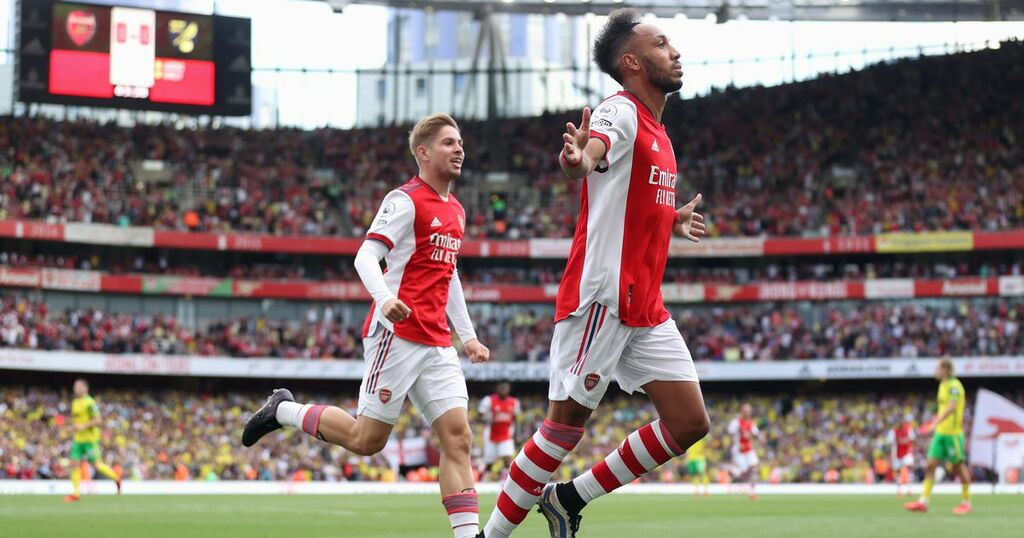 The summer window was arguably one of the most impressive and influential transfer periods for a generation. The movement of players and the fees paid reached staggering levels. Cristiano Ronaldo re-joined Manchester United whilst Romelu Lukaku returned to Chelsea.

Arsenal meanwhile made six signings, none of whom were in the striking department. Mikel Arteta will rely on Pierre-Emerick Aubameyang and Alexandre Lacazette for this pivotal campaign.

Both Chelsea and United’s nostalgic acquisitions have hit the ground running. Lukaku has 3 goals in 3 games whilst Ronaldo scored twice on his debut. In north London, Aubameyang scored his first Premier League goal of the season, his 4th in all competitions.

The Gabonese forward has faced a difficult past 12 months since dragging the Gunners to an FA Cup win in 2020. Contracting both Malaria and Covid, whilst also dealing with the health problems of his mother, Aubameyang endured a year that understandably affected his performances and mental state.

It was therefore no surprise that Arsenal too lacked goals and in turn, finished 8th. Missing out on European football for the first time in more than 20 years.

When watching either Ronaldo for United or Lukaku for the Blues, it is clear to see the infectious effect they have on the supporters. They have the ability to raise the level of noise and buzz around the stadium.

When Aubameyang signed his new deal back in 2020, he said he wanted to become a club legend. That seems some way off but what is evident is the player’s legacy as one of Europe’s best strikers of the last decade to the footballing world.

In fact, he ranked 9th highest goalscorer between 2010-2020, being beaten out by 8 of Europe’s best ever forwards.

Aubameyang may not have legendary status but what he does have is honesty. The 32-year-old has spoken several times of his need to feel the support of the fans. During the period behind closed doors, he struggled without the atmosphere behind him.

Speaking after the Norwich win, Aubameyang touched upon the feeling from the crowd, who prior to his interview had serenaded him by singing his name.

"Ahh, I’m really happy," he said. "When [the fans] are here, you feel them. This is a great feeling and we are happy today to win this game.

A confident Aubameyang is a lethal force and Arsenal supporters need to get behind the striker to give themselves hope of achieving their targets.

Arsenal need a figurehead and whilst Aubameyang may not be the most vocal of captains, when he lets his football do the talking, he can be up there with the likes of Lukaku and Ronaldo. If he can start to link goalscoring games together, the mood in the camp could exponentially improve and the atmosphere in the ground would surely follow.

Why is Aubameyang so important to Arsenal? Follow our new Arsenal Fan Brands Writer Tom Canton to get involved in the discussion and give us your thoughts in the comments section below.