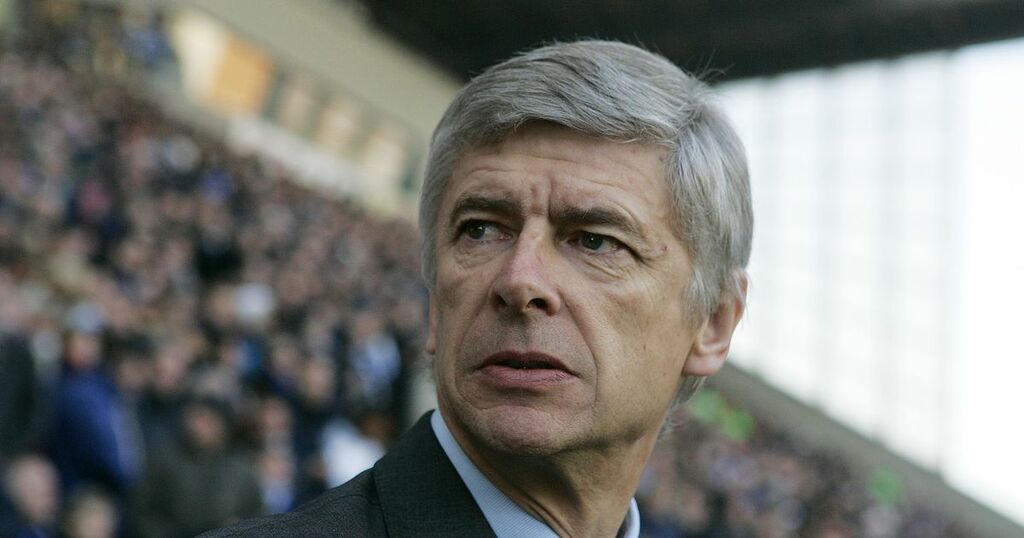 In an era where the process of signing a player can seemingly take an entire window at times, it is rare for top-tier clubs to announce the arrival of two new players in one day.

However, that is exactly what Arsenal did on this day 16 years ago when they confirmed they had secured the signatures of both Emmanuel Adebayor and Abou Diaby.

Both were purchased from Ligue 1 as then-Arsenal boss Arsene Wenger continued to prove he had quite the eye when it came to plucking talent from the top-flight of the French football pyramid.

Their respective Gunners career's would go on to be viewed in very different lights by the Arsenal faithful, but unfortunately can be bound together by one striking similarity - a sense of disappointment.

HAVE YOUR SAY! Who is Arsenal's best ever January signing? Comment below

Starting with Diaby, the mercurial midfielder was immediately tipped to be the next Vieira having shown he had a vaguely similar playing style and had arrived a year after the former Arsenal skipper's departure.

Inheriting the number 2 shirt that had been left vacant since Lee Dixon retired, Diaby immediately endeared himself to the then-Highbury faithful after reports emerged he had turned down the chance to join Arsenal's fierce London rivals Chelsea.

Purchased for £2m, the first four months of his time in north London passed by with very little to note though Diaby did earn his Champions League debut during one of Arsenal's most famous European nights - a 1-0 win over Real Madrid at the Santiago Bernabeu.

Arguably the most defining moment of Diaby's entire playing career would come in one of the final games of his first half a season as an Arsenal player.

The Frenchman suffered a severe ankle fracture after being on the receiving end of a particularly brutal tackle from Sunderland's Dan Smith during a routine 3-0 away victory for the Gunners.

Diaby's screams of agony were audible for all of those watching at home, while boss Wenger described the challenge as "a bad kick and an unnecessary one."

While Smith escaped any kind of ban, Diaby missed both the 2006 Champions League Final and the 2006 U-21 European Championships.

Diaby's absence would sadly be the story of his entire Arsenal career.

His injury record makes for stunning reading for all the wrong reasons, with the midfielder spending 3,339 days as an Arsenal player and spent 1,554 days [46.5 percent] of that time out with a knock of some kind.

In 2016, an emotional Diaby spoke openly about the perception others had of him and his time at Arsenal.

"They say I'm "L'Homme de Verre". It means that I'm made of glass," he told The Daily Mail.

"It can be painful, on a psychological level. They don't know how much I give every day of my life to try and recover. But hey, what can I do? This is my life story.

"A lot of things have been done over the last few years. Basically, it was big rehabilitation.

"I have worked a lot on the calf, on the scar tissue, on the knee problem, on the ankle problem."

After ACL ligament damage, five thigh muscle strains and 11 calf strains, two sprained ankles, three hamstring injuries and a concussion, Diaby called time on an Arsenal career best remembered for his spells off the pitch rather than his ludicrous talent off of it.

He was released by Arsenal in the summer of 2015 and returned to France to ply his trade for Marseille.

“It’s one of the saddest moments for us at Arsenal not to have had the opportunity to get the best out of Abou Diaby because of injury,” Wenger told Arsenal Player after the midfielder's departure.

The Togo international joined Arsenal for a modest fee of £3m from Monaco and arrived with a huge reputation to live up to.

Dubbed the "Baby Kanu", Adebayor wasted very little time in proving why as he found the net just 21 minutes into his Arsenal career.

After his goal against Manchester United at Old Trafford in 2006, a strike that would help Arsenal to their last win at the ground until November 2020, Adebayor was quickly being crowned as the heir to Thierry Henry's throne.

The gangly forward had a hot-streak running through him that would often get him into trouble, most notably during the 2007 League Cup final for allegedly throwing a punch at Chelsea's Frank Lampard.

He even had an on-field spat with teammate Nicklas Bendtner towards the end of a 5–1 League Cup semi-final defeat to Tottenham, for which Adebayor apologised for the following day.

A man for the big occasion, 18 months into his Arsenal career Adebayor had already registered goals against the likes of United, Tottenham and AC Milan.

His spectacular bicycle kick against Villarreal in 2009 to help book Arsenal's place in the Champions League semi-final lives long in the memory of all Gunners fans.

However, that memory is tainted by what would unfold in the following months.

In July of that same year the striker would pen a five-year deal with Manchester City who forked out £25m for his services as they sought to make the most of their newfound wealth.

Adebayor would come back to haunt Arsenal far sooner than they may have expected and in the most controversial way possible.

Four games into his City career, Adebayor scored against the Gunners and proceeded to run the length of the Etihad pitch to celebrate in front of the furious travelling Arsenal contingent.

“There is only so much abuse a man can take until he reaches breaking point. I could not understand some of the Arsenal players being disrespectful towards me," Adebayor recalled.

"I was being abused by people who six months ago were singing my name. The abuse was for no reason. It wasn’t my fault I left, it was Arsene who wanted to accept the offer for me.

"If you were to abuse a man in the street for over an hour he would react and it would be a worse reaction than a goal celebration."

To further tarnish his Gunners legacy, Adebayor's next permanent switch after three years at the Etihad came in the form of a return to north London - only this time, he came back as a Spurs player.

Speaking after securing the double signing in mid-January all those years ago, Wenger expressed his confidence that the arrivals of both Diaby and Adebayor would help his squad mount a title tilt.

"We will be in a position to challenge next season, I am convinced. When you see the quality of the players we have, it’s at the top, top level," the Frenchman explained.

Unfortunately for 'Le Professeur', it didn't quite go to plan and Arsenal are yet to lift the Premier League since two years prior to Diaby and Adebayor's arrival.

As January transfer signings go, this duo promised so much but left Wenger and supporters heartbroken for one reason or another.