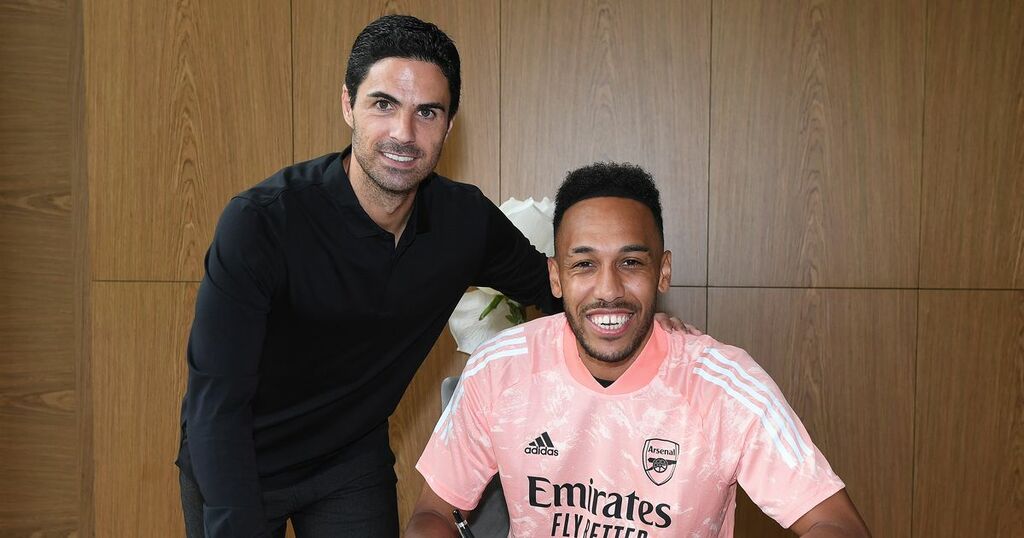 As we enter the final few weeks of 2021, the Gunners trio find themselves in a situation that supporters are all too familiar with - first-team player contracts expiring.

According to transfermarkt, Alexandre Lacazette, Sead Kolasinac, Mohamed Elneny, Calum Chambers and Eddie Nketiah are all out of contract at the end of the season and will be able to speak to clubs outside of England from January 1, 2022.

Of the quintet, football.london revealed in August that the Frenchman is expected to leave the Gunners once his contract expires next June.

In a dream scenario, Arsenal would cash in on Lacazette in January, thus boosting Arteta's transfer budget for the winter window, although the Spaniard has already hinted at keeping the striker until the end of the season.

Therefore, the Gunners are at risk of losing a player they spent £46.5m on four years ago for free.

Meanwhile, Kolasinac is unlikely to be at Arsenal for much longer having slipped down the pecking order at left-back following the arrival of Nuno Tavares last summer as cover for Kieran Tierney.

Nketiah is also expected to depart despite being offered a new deal, while it remains to be seen what happens with Elneny and Chambers. But there's an argument that the trio are no longer top priorities for Arteta, Edu and Garlick as the players effectively hold all the cards.

And the north London outfit have been in this position numerous times over the past decade, with the likes of Aaron Ramsey, Danny Welbeck, Alexis Sanchez and Mesut Ozil all being allowed to enter the final six months of their contracts before eventually leaving without commanding a transfer fee.

That is a situation that Raul Sanllehi was keen to address during his brief spell as Arsenal head of football.

"At the end of the day, the real essence of the problem was that we had reached the last year of the contract," Sanllehi told Arsenal's official YouTube channel in May 2019 when discussing Ramsey's move to Juventus.

"One of our priorities is not to get to the last year of contract and this (Ramsey's situation) is the reason why. The only way to get to the end of contract is when you're ready to release that player at the end.

Given Arteta and Edu are already in a 'weak position' regarding Lacazette, Kolasinac, Elneny, Chambers and Nketiah, they can turn their attention to the 17 Arsenal first-team players out of contract in either 2023 or 2024 to avoid repeating the same mistake.

Interestingly, a decision has already been made regarding Leno as football.london understands that the Gunners will target a new back-up goalkeeper if, as expected, the German leaves the club in the next window after losing his place to Aaron Ramsdale.

In addition, Guendouzi and Mavropanos are both expected to complete permanent transfers to Marseille and Stuttgart, respectively, at the end of their loan deals.

So that's three more players' futures that have been decided to ensure Arsenal don't lose them for free or find themselves in a 'weak position' come next summer.

However, Arteta, Edu and Garlick have until June to make a decision on Aubameyang, Torreira, Bellerin, Nelson and Maitland-Niles otherwise they risk not following through with Sanllehi's message.

Although, there's a bit more leeway for the Arsenal players out of contract in 2024.

Granit Xhaka, Cedric Soares, Pablo Mari, Nicolas Pepe, Bukayo Saka, Alex Runarsson, William Saliba, Rob Holding and Gabriel Martinelli are those that fall into this group - with the club holding the option to trigger one-year extensions for the latter pair.

That's not to say Arteta, Edu and Garlick can't press ahead with contract talks with those whose deals expire in 2024, as some could be key players for the club and others should be able to command a decent transfer fee if sold before the summer of 2023.

If Arsenal are to avoid mistakes of the past then Garlick, whose main role entails negotiating contracts with both existing and new players, is going to be very busy over the next few months.

Not making ruthless decisions has often been the Gunners' downfall and only time will tell if they have learned from those harsh lessons that has seen them miss out on millions of pounds in transfer fees.

With Lacazette, Nketiah, Leno, Guendouzi, Kolasinac and Mavropanos all poised to leave within the next eight months, Arsenal's next 14 contract priorities have become clearer.