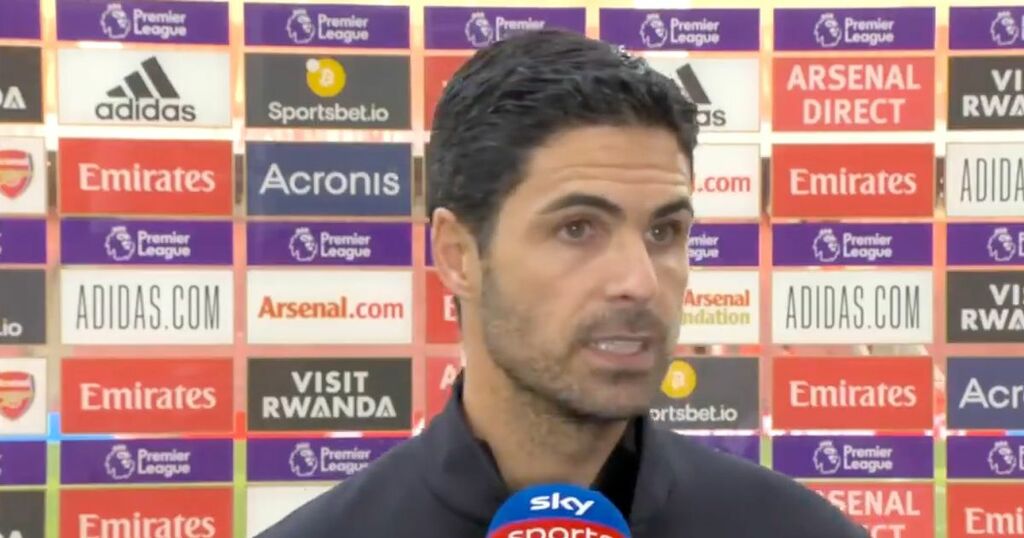 Arsenal are racing against the clock to register transfer deadline-day signing Takehiro Tomiyasu before Norwich travel to the Emirates on Saturday.

Mikel Arteta has confirmed that the centre-back (at least by trade) is yet to secure a work permitting following his £16 million move from Italian outfit Bologna.

The versatile Japan international has been on duty with his country and starred as they beat China 1-0 on Tuesday.

He will be hoping to be involved as the Gunners chase their first win of the season, having lost all three of the Premier League matches this season to see them sit rock bottom of the table.

Given Arsenal's defensive woes, Tomiyasu could well be in line to instantly slot in and make his debut but there is a spanner in the works.

Speaking in his pre-match press conference, Arteta did sound optimistic about the application.

"We need a work permit first," the Spanish boss confirmed. "The club is working hard to try and achieve that in the next couple of hours."

When quizzed on what the 22-year-old could offer, Arteta cited the defender's versatility as a primary factor.

"Tomiyasu has the ability to play anywhere in a back four," Arteta added. "He gives us different qualities in that right-back position.

"He brings qualities that we didn't have in the squad."

In a boost for the Gunners, four players are back available for selection.

Eddie Nketiah, Gabriel Magalhaes and Thomas Partey have recovered from injuries and Ben White is available again after testing positive for Covid-19.

And they have no time to waste, with Arteta emphasising how sharply his new-look squad need to gel following Arsenal's six summer signings.

"We have a completely different squad. It's unheard of," he stated. "Now we have to make it work, we have to glide it together, build relationships, chemistry and understanding.

"We have to do that really quickly."

Arteta added: "We have tried to explain the project and the decisions that have been made over the last few months. The amount of changes in the past two years is almost 30 players.

"It's a project that we believed in and we all take responsibility. Now we have to make it work."

Granit Xhaka, who is suspended after being sent off against Manchester City last time out, has contracted coronavirus after refusing to take the vaccine.

"He's still in his country," Arteta revealed. "He needs to stay there until Saturday I believe.

"As soon as he's okay to travel he'll be here with us."

More importantly, though, the match on Saturday which the Gunners manager viewing the visit of Norwich, who are 19th, as an opportunity to start anew.

"We have to reset now. We have to get everybody back on track and start to win football games which is what we have to do."