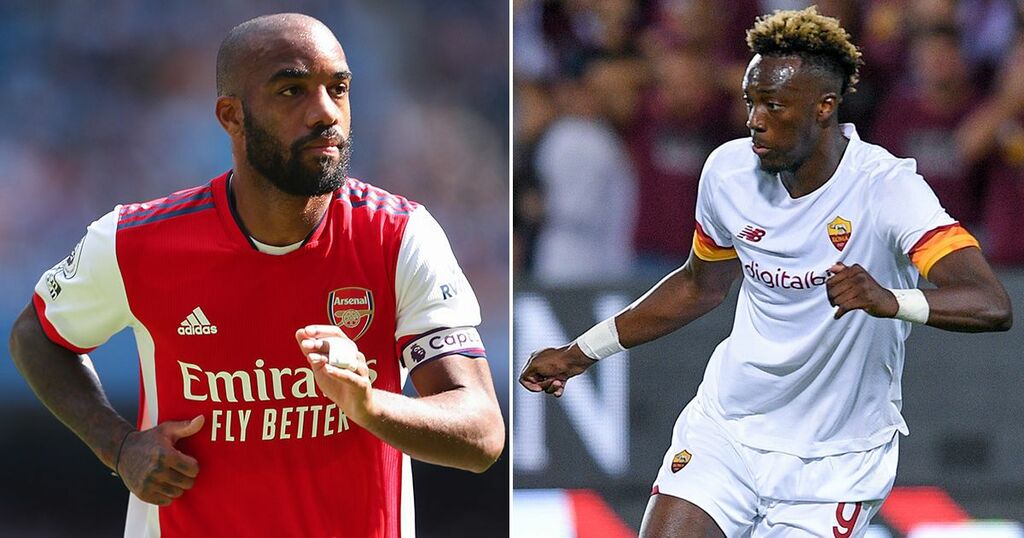 Alexandre Lacazette's career with Arsenal appears to be in its closing stages - as the club "tried in every possible way" to replace him by signing Tammy Abraham this summer.

The Gunners were heavily linked with Abraham throughout the window only for the Englishman to seal a £34million transfer from Chelsea to Roma in August.

Mikel Arteta was said to be searching for a new striker due to the uncertainty surrounding Lacazette, who has entered the final year of his contract.

Not only that, there is also a presiding sense the Frenchman has struggled to live up to the £47million Arsenal paid to sign him from Lyon in 2017.

Lacazette was Arsenal's top scorer last season, but his return was fairly modest with 13 goals in the Premier League and 17 in all competitions.

While Arteta was keen to address his side's frailties in attack, transfer expert Fabrizio Romano has laid bare the full extent of Arsenal's pursuit of Abraham.

"Many clubs in England were asking for him, but Arsenal were really pushing to have Tammy Abraham," Romano told The Here We Go Podcast.

"They were trying to convince the player and to take his time before joining Roma because they were looking to sell maybe Lacazette or maybe Eddie Nketiah to have a free slot for a new striker with Tammy Abraham.

“They were really interested, in talks with the agent, but they were prepared to make a proposal. But they were needing to sell a striker before signing Tammy Abraham.

"They were really, really pushing and pushing, they were trying in every possible way.

Is Tammy Abraham a better striker than Alexandre Lacazette? Comment below.

"So, Arsenal were really convinced that they had a chance to sign Tammy Abraham but in football it is not easy to change the mind of the players.

"My personal feeling is without Jose Mourinho as Roma manager, Tammy Abraham would now be an Arsenal player."

Abraham has already shown Arsenal what they are missing with one goal and two assists in his first two Serie A appearances.

Lacazette, in contrast, scored in the 6-0 Carabao Cup thrashing of West Brom but he, like all of his teammates, is yet to find the back of the net in the Premier League.

The former Ligue 1 star tested positive for coronavirus in the early stages of the season and was only fit enough to make a substitute appearance in the 5-0 thumping by Manchester City before the international break.

Lacazette has spent the international break recuperating further and will hope to get off the mark in the Premier League as Arsenal host Norwich City on Saturday.