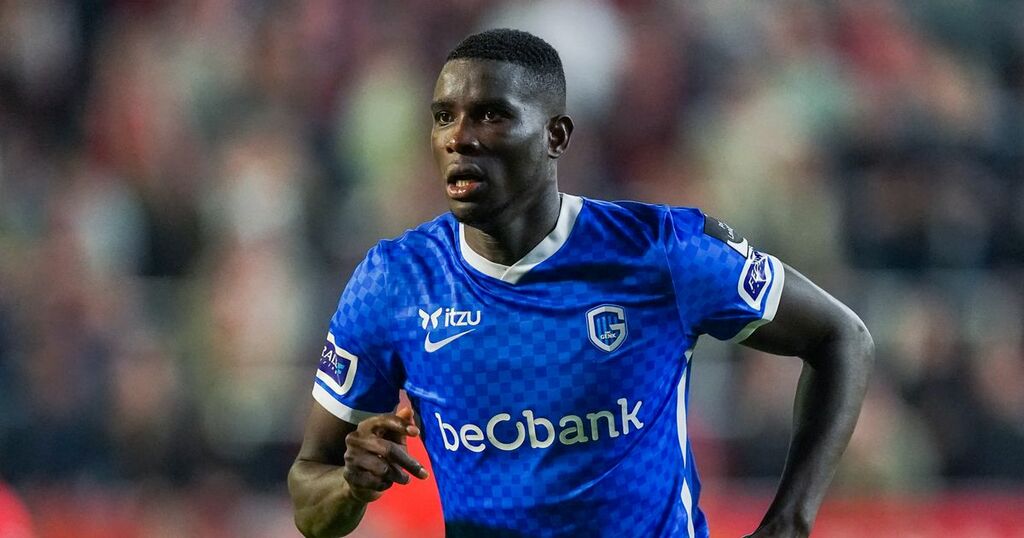 Paul Onuachu has admitted he was waiting for a move away from Genk over the summer transfer window amid rumours linking him with Arsenal.

The Gunners, who currently have two strikers with uncertain futures at the Emirates Stadium in Eddie Nketiah and Alexandre Lacazette, were reportedly chasing a centre-forward over the summer, but never completed a move.

Nketiah and Lacazette both have less than 12 months remaining on their respective contracts in north London and are expected to leave the club at the end of the current season.

Onuachu, according to The Athletic, was someone Arsenal have looked at in the past, with the Nigeria international showing fine form for Genk.

Now, though, the 27-year-old, who has less than three years remaining on his contract with the Belgian outfit, has admitted his desire to leave over the summer transfer window.

Speaking, via Voetbal Krant, Onuachu said: "I'm not going to lie about it, I had expected to train at Genk for a few more weeks after the holidays and then leave for a new club.

"I was waiting, waiting and waiting. In the end, nothing came. I can do nothing more to secure a transfer.

"The football world is not always fair. In addition, many clubs are currently not having an easy time financially due to the coronavirus pandemic.

"Have new agreements been made in the meantime (that I will be allowed to leave in 2022)? Genk will co-operate if an offer is made that all parties agree with."

One of Onuachu's agents, when speaking to Own Goal Nigeria, recently admitted that his client was a boyhood supporter of Arsenal.

"It will be nice if Arsenal want him as he is a boyhood fan of the team, but that is not the case at the moment," he said.

“No contact has been made yet. We are only seeing it in the papers and on the internet."

Onuachu could be an option for Mikel Arteta if the likes of Nketiah and Lacazette do leave the club next summer.

Arteta, though, recently insisted Lacazette was still part of his plans this season, despite the French forward making just two appearances in the Premier League this season.

He said this on Lacazette: "He’s fully involved. You give the reasons why he hasn’t played more minutes and he will be back to the form that he can achieve. I am sure that he will be instrumental in our success."