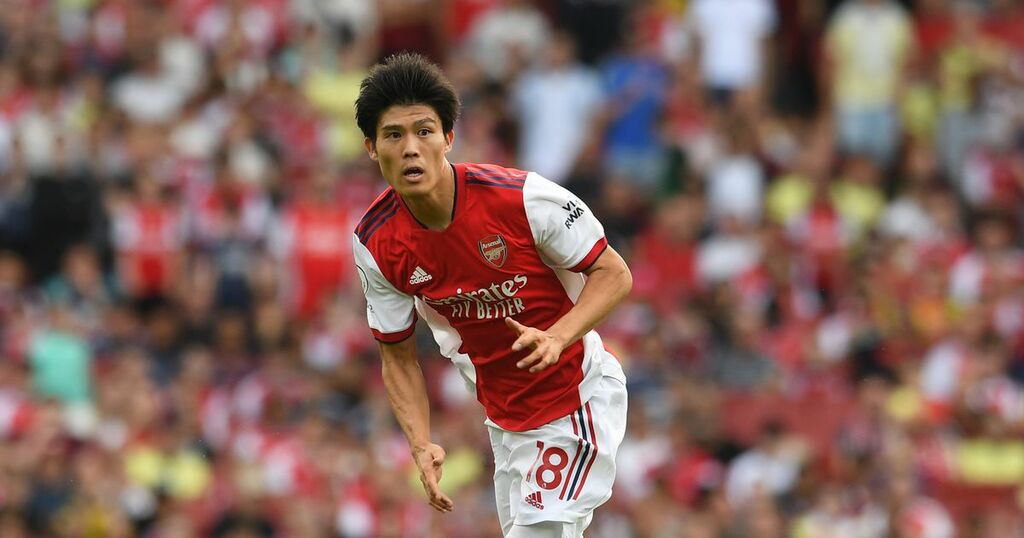 Pierre-Emerick Aubameyang sealed Arsenal's first win of the Premier League season with a second-half goal as the Gunners left the Emirates 1-0 victors against Norwich.

Although the Gunners' captain will steal the headlines with his goal, Mikel Arteta handed a long-awaited debut to new signing Takehiro Tomiyasu which saw the Japan international show his worth.

The 22-year-old finally arrived in north London on deadline day, joining Arsenal for £19.8 million from Bologna after snubbing Tottenham who had also registered interest in the defender earlier in the summer.

Jai Mcintosh, Fan Brands social producer, spoke to Tom Canton, The Arsenal Way writer and presenter, to review the Gunners' win over the Canaries and to assess how Tomiyasu fared, live on the Arsenal Way show via football.london's Arsenal Facebook page.

Canton began by labelling the Japanese defender as a 'breath of fresh air' before claiming that Tomiyasu has offered a new catalogue of options on the right where perhaps his predecessors haven't.

"I thought he was excellent," Canton said. "He was a breath of fresh air on the right-hand side and was someone who was really direct, someone who got into much better positions than from we've seen before."

Canton continued, before going on to highlight how Tomiyasu's attacking qualities were questioned ahead of his arrival but such concerns have been proven wrong.

"He wanted to get forward, but this was something that worried people," he said. "Tomiyasu had played a lot at centre-back and was quite reserved at Bologna but he pushed up really well and his combination play was really good.

"I like his no-nonsense style at the back - when the ball dropped to him he looks to relieve the pressure which is was Arsenal have missed."

The Arsenal Way writer and presenter added by noting his frustrations with Arteta after the Gunners boss took the debutant off, claiming it made the side more vulnerable.

"I was frustrated to see him go off," Canton said. "By Arteta taking off Tomiyasu it actually opened Arsenal up a little bit more and suddenly Norwich looked more dangerous down their left wing.

"We nearly paid for it at the end if it wasn't for Gabriel's life-saving block."

What did you make of the Gunners' win over Norwich? And, let us know in the comments who your man of the match was! Follow The Arsenal Way team - Jake and Tom - on Twitter to get involved in the discussion and give us your thoughts in the comments section below.