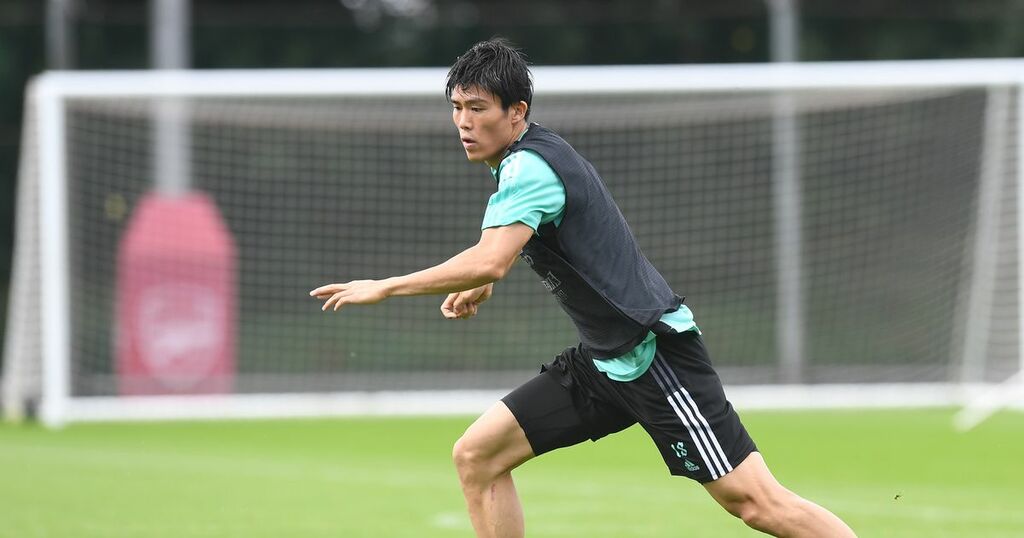 A winless run, fans calling for his head, a must win home game at the Emirates Stadium. Mikel Arteta has been here before...

The parallels between Saturday's Premier League match against Norwich and last season's Boxing Day fixture against Chelsea are clear, and the Spaniard will be hoping one victory can kickstart the Gunners flailing campaign just as it did last time out.

The absence of senior players due to injury and illness combined with the amount of late arrivals in the transfer window has made it difficult to draw concrete conclusions on the season so far.

Now though, there are no more excuses.

"We need that first win," Arteta told press before Saturday's match. "We're going to play in front of our fans after that disappointing start.

"It's down to us to provide everything we have performance-wise to get the result we need in the end."

The performance and the result will of course be heavily dependent on the team Arteta goes for to play Norwich.

Last time out there can be little doubting that the Spaniard got it wrong.

Playing a back three including Sead Kolasinac with Granit Xhaka as its only screen smacked of a manager desperately running out of ideas, but the 39-year-old has a stay of execution for now in order to put things right.

First of all in goal there is a tricky decision to navigate.

Aaron Ramsdale has taken not being called up to the England squad for the past two weeks as an opportunity to impress his manager during training.

"He's a big competitor, someone who is really pushing in training sessions. We knew that when we made the recruitment process with the team.

"Now we have two very different goalkeepers, two different age qualities but both really good. That's what we should be aiming for."

Bernd Leno though is still No.1 for now, and Arteta will be wary of alienating the German this early into the season by immediately opting for the man who is surely destined to replace him one day.

The outfield formation after that is an area where plenty of uncertainty seems to be present.

Arsenal started the season in a 4-2-3-1, but, as previously mentioned, switched to a 3-4-3 for the defeat to Manchester City.

The fact that this formation was stuck with the for the behind closed doors victory over Brentford would perhaps suggest that it is here to stay.

For this it would seem new signing Takehiro Tomiyasu is the perfect man.

The Japanese international was brought in to solve Arsenal's right back problems after the departure of Hector Bellerin on deadline day, but much of his time with Bologna was spent playing in a back three.

Alongside fellow new arrival Ben White and the returning Gabriel, the Gunners' early defensive problems would seem to be solved. If this doesn't turn out to be the case then more questions will have to be asked of the manager, as all three centre backs have proved themselves to be capable defenders.

At left wing-back Kieran Tierney is an obvious pick but over on the right the situation is a little more unstable.

Calum Chambers will surely not start after two dreadful performances against City and Brentford, leaving Cedric and Ainsley Maitland-Niles as the options.

Maitland-Niles seemed destined to leave this summer, but after private talks, Arteta more or less confirmed that the England international is still in his plans.

"Any private conversation with players, what we believe the role they can have in the team is always discussed openly - but privately," said the Spaniard

"That's always the way we resolve matters and that's the way that one was resolved.

"I am happy that he stays, it was our intention and he's another player in the squad."

Despite this though, it has been Cedric who the Spaniard has opted for in the position, and that could be the case yet again come Saturday.

In midfield the absence of Granit Xhaka and Mohamed Elneny due to suspension and injury, mean that the duo of Albert Sambi Lokonga and Thomas Partey more or less picks itself.

The duo could well feature in a lot of matches over the next few weeks with Arsenal looking pretty light in that position after the departures of Joe Willock (permanent) and Miguel Azeez (on loan) this summer.

The back five then only leaves three attacking slots for Arteta to choose from and it's here where things get particularly difficult.

Emile Smith Rowe, Bukayo Saka, Nicolas Pepe and Martin Odegaard all have strong cases to be starting in behind Pierre-Emerick Aubameyang on Saturday.

The former has been Arsenal's best player of the season so far, while the latter has a transformative impact on the side when he is at his defence splitting best.

Getting the pair high and close to Aubameyang will be key if the Gabon forward is to break his Premier League duck for the season.