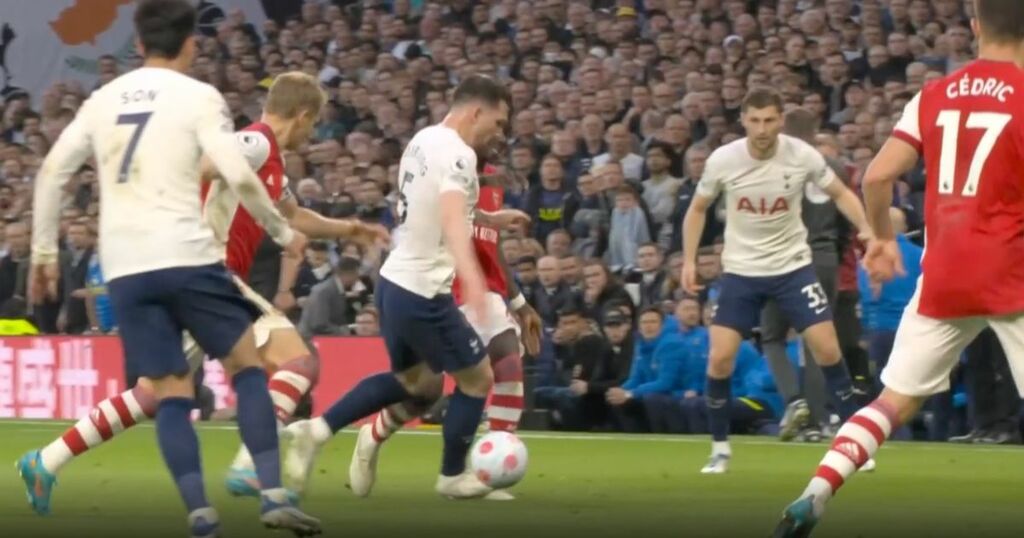 At what point does a sublime talent graduate from being an 'incredible player for his age' to simply being an incredible player? Wherever that line is, Bukayo Saka must be pretty close to it.

The 20-year-old will still be hurting after a devastating 3-0 defeat for Arsenal in the North London derby, but on a personal level it has been a pretty good Friday for him. He has been nominated for the Premier League's Player of the Season and Young Player of the Season awards and is the only player to traverse both categories.

It may seem bizarre to think now, but many were questioning whether he may have a hangover from the summer after a horrific end to EURO 2020 with England. Instead though Saka has gone on to become recognised as one of the best players in England. So how exactly has he done it?

To start with it's hard to look too far beyond the incredible mentality that the Hale Ender possesses. Far more experienced players have crumbled under the trauma of what Saka went through in the summer, but he has bounced back amid vile chanting and booing across the country to kick on another level.

Arsenal have played their part in this as well, acting swiftly to ensure their starboy would keep shining bright. Days after the Euros final a supportive shirt was held up in their pre-season friendly against Hibernian before club staff arranged a heart-warming wall of all the well-wishing fan mail he had received following the horrible end to that night night at Wembley. Mikel Arteta believes this has played a key part in his continued rise.

"I think Bukayo had an experience in the summer that not a lot of players would ever have and I think it was great for his career because the football world showed how much they like him and how much they respect him," the Spaniard said after Saka's goal and assist against Watford in March. "I think that was a big boost for him to realise in difficult moments that people are going to give him support, and the club did exactly the same as his team-mates.

"I think experiences like that mark your career. And what you learn from those difficult moments is much more probably than if you had scored that goal."

Tactically, though, Saka is also benefitting from the new-look set up Arsenal have deployed this season. Last year - in the first part of the campaign in particular - the Gunners were slow and ponderous in possession, often playing much of the game in their own half and passing around the penalty area in a horseshoe shape. They ranked just eighth for touches in the box across the Premier League as this tepid approach failed to create enough problems for the opposition.

However, with the signing of a ball playing goalkeeper in Aaron Ramsdale, two technically gifted defenders in Takehiro Tomiyasu and Ben White, and a high pressing final-third lock picker in Martin Odegaard, Arsenal have flipped that narrative on its head. Although they ended up losing to Spurs on Thursday night, prior to the controversial penalty conceded by Cedric and Rob Holding 's red card the Gunners were on top, and the aggressive front footed approach was a huge cause of that. This season they are up to fourth for touches in the opposition penalty box, while they have leapt from 11th for shots taken in the Premier League to fourth (as per fbRef ).

As a final third player, Saka is unsurprisingly benefitting. His number of shots per game has risen from 1.72 per 90 last season to 2.49 (as per Wyscout), and consequentially his goal tally has more than doubled from just five in the Premier League last season to 11 this time around - the most of any Arsenal player.

A big criticism of the Hale Ender's game last season was that he wasn't clinical enough in front of goal. The fact that his expected goals (xG) has only gone up by 0.05 (as per understat) would suggest that hasn't changed too drastically, but the increased number of opportunities he's getting in the box mean that that is now far less of a problem.

Only Mohamed Salah has more touches in the penalty area than Saka (as per Squawka), and as he continues to get experience in these final third situations, you wonder whether he may eventually start to put up numbers that start to get closer to that of the Egyptian.

With that in mind it's no surprise that football.london understands Arsenal have decided that they are keen to renew his contract this summer. Part of the reason for extending Arteta's deal last week was to try and convince some players over the future plans of the club, and you wonder if negotiations with Saka may have been in mind with the timing of it.

The Hale Ender is one of the best in the Premier League and if Arsenal want to get back to that level as a club, then tying him down is going to be an essential step.