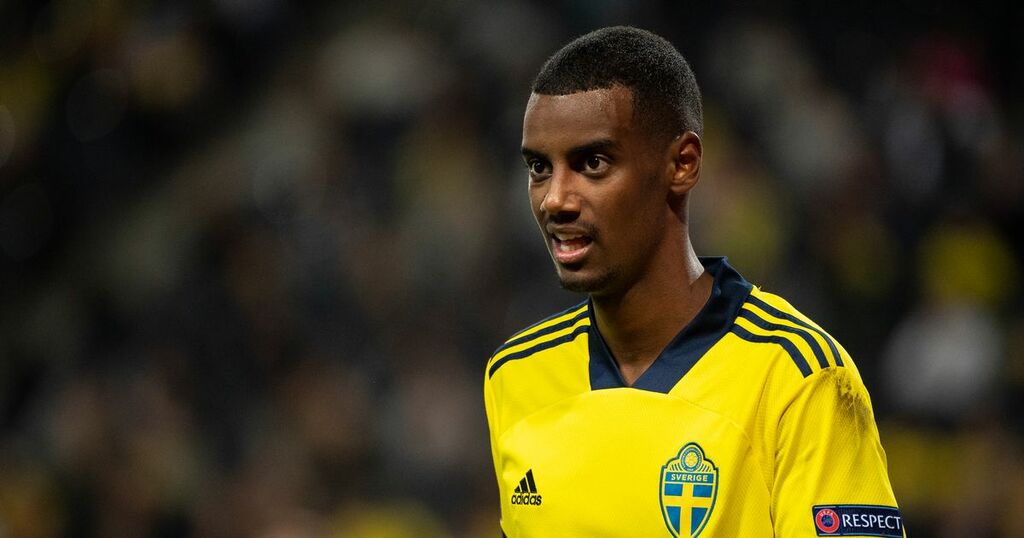 Arsenal were credited with an interest in Alexander Isak over the summer transfer window, but were dealt a big blow.

The Sweden international, who impressed for his country over the Euro 2020 tournament, put pen to paper on a new long-term contract with Spanish club Real Sociedad to effectively end speculation over a move in the summer window.

However, according to a fresh report from Spanish news outlet Fichajes, the 21-year-old striker could still make a move to the Premier League in the near future should a club trigger £77million release clause.

Isak's new contract with Sociedad does not expire until the summer of 2026, but there might not be a lot the La Liga outfit could do if the clause is met.

Arsenal could be in the transfer market for another striker next summer with Alexandre Lacazette's future at the Emirates Stadium still unclear.

The French centre-forward now has less than 12 months remaining on his existing contract with the Gunners and is free to talk for foreign clubs in the January transfer window, should an extension not be agreed before then.

Speaking about his future in April, Lacazette said: "My plan is to win a trophy with the club this season and it would be easy for me to pretend to have a contract extension.

"Everything is not only on my side, there is also the club, the manager. There are different things we have to think about.

"I don't think it's the right moment to talk about it."

The 30-year-old forward has made just two appearances in all competitions for Arsenal so far this season, with only one coming in the Premier League.

Lacazette was an unused substitute in the Gunners' recent 1-0 win against Norwich City on Saturday afternoon, with goal scorer Pierre-Emerick Aubameyang leading the line.