Arsenal had £230m reason to outspend Liverpool on transfers this summer 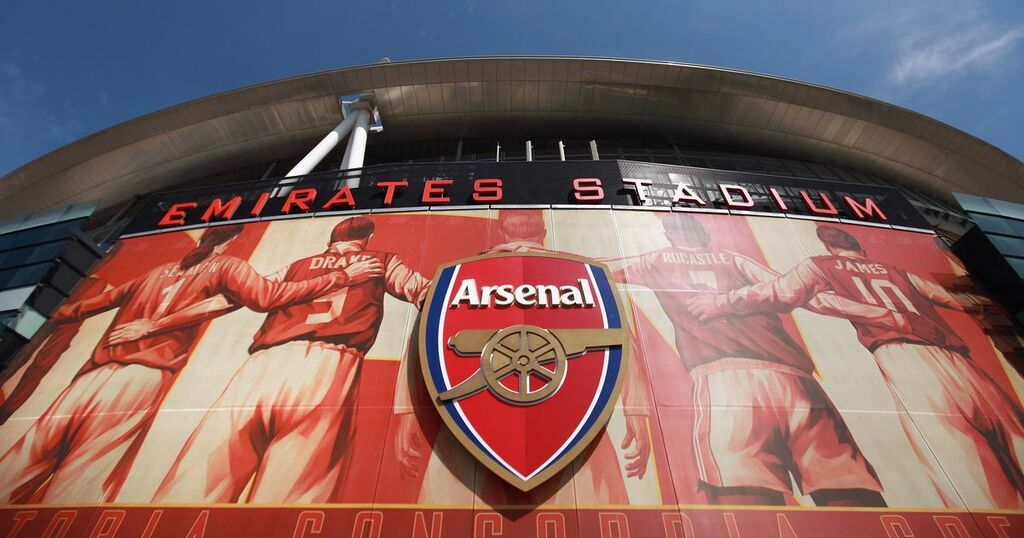 Liverpool's transfer business during the summer, or apparent lack of, has been the cause of much ire for some Reds fans this summer.

While the addition of Ibrahima Konate from Bundesliga outfit RB Leipzig for £36m was widely welcomed, it came at the very start of the summer transfer window and Reds fans had hoped that it would signal more business to be done by the club before the new Premier League season got underway.

But as the days turned into weeks, the season began and the transfer window closed with Konate's addition the only incoming for Liverpool during a summer where they moved on Xherdan Shaqiri, Harry Wilson, Marko Grujic, Taiwo Awoniyi, Liam Millar and Kamil Grabara, as well as losing Gini Wijnaldum to Paris Saint-Germain on a free transfer.

One of the biggest concerns was the lack of depth going forward, a worry that has been exacerbated by the recent injuries suffered to Roberto Firmino, Takumi Minamino and Harvey Elliott.

But Liverpool will, until January at least, proceed with what they have as they aim to try and reclaim the Premier League crown that they lost to Manchester City last season, as well as go for silverware in the Champions League.

Despite the injury woes that Liverpool suffered last season, where the defensive trio of Virgil van Dijk, Joe Gomez and Joel Matip were all sidelined for much of the campaign, Jurgen Klopp managed to guide his team through a rough spell at the turn of the year that had threatened to see them miss out on European football altogether, the Reds finishing the season with a flourish and a 10-game unbeaten run to claim third in the Premier League and an automatic place in the group stages of the Champions League this season.

That success cannot be understated given how much Liverpool have come to rely financially on their participation in the Champions League under the ownership of Fenway Sports Group.

The competition that delivered around £113m to the Reds in revenues through prize money and broadcast fees when they won it in 2019 is worth around £58m per season to Liverpool as a minimum, not counting whether or not they win any games or progress into the latter stages.

And in the middle of a pandemic, with finances already being tested, having Champions League football was of huge importance to Liverpool, with the Europa League nowhere near as valuable.

But then there is the considerable drop in TV revenues to be shared out, as well as the impact that a lack of appearing in the Champions League could have on existing and future commercial deals, an example being Adidas having a clause in their contract with Manchester United that allows them to reduce their payments by 30 per cent should the Old Trafford side fail to qualify for the Champions League two years in a row.

The money to be distributed to by UEFA to clubs in the Europa League stands at around £483m, a figure that is dwarfed by the £2.2bn the Champions League has to dish out.

And so to Arsenal. Based on comparative figures with Liverpool, with the two club's sharing a reasonably similar co-efficient and market pool share, the Gunners would have missed out on £232m of Champions League revenues for the past four years of not competing in European football's elite club competition, based on the figures for this year's and last year's competition in terms of prize money.

A club that were agitating, along with Liverpool, to be part of a European Super League back in April find themselves rock bottom of the table with three defeats from their opening three games, with a 5-0 thrashing at Manchester City their most recent embarrassment.

A club that have been three-time winners of the Premier League and who had 17 consecutive campaigns in the Champions League have, since the 2017/18 season, been a regular feature of the Europa League. Well, until this year.

After four successive campaigns in the Europa League, Arsenal are without any kind of European football this season, their lack of any defined strategy finally coming home to roost as they ended last season in eighth place.

Even though the Europa League wasn't bringing in the kind of sums that the Champions League does for Liverpool, it was important and it also gave the club greater appeal among the global audience and commercial partners.

But as those around them have pushed on and taken advantage of their regression, West Ham United, Leicester City and Everton all seem far more likely candidates to be going for Europa League places this season based upon what has been seen early doors.

How do you think Liverpool will fare in the Premier League and Champions League this season? Let us know in the comment section.

Arsenal, like Liverpool, came in for fierce criticism for their part in the failed European Super League plot, with the already unpopular ownership of the Kroenke's becoming even worse in terms of the relationship with supporters.

Peaks and troughs are part of football, but Arsenal's decline seems to be deep rooted and they now run the risk of being passed by those who have long had to be content with fighting it out in the Premier League's mini-table in the middle of the league.

Their large and loyal fanbase around the world ensure the club's standing, but continued failure on the pitch pushed ownership to invest this summer in a bid to try and turn their fortunes around to hand them a better chance of European qualification and the riches that come with it, as well as ensuring their brand doesn't suffer any further negative impact from an association with failure.

Arsenal's approach in the window was used as a comparison to Liverpool by some, although their need to spend was driven by the need to make sure that the 'big six' doesn't become the 'big five'.

Arsenal added six new faces this summer and had a net spend of £125.5m. In came Nuno Tavares, Albert Sambi Lokonga, Ben White, Aaron Ramsdale and Martin Odegaard, as fans of clubs who hadn't been so free spending, Liverpool included, were left scratching their heads as to why it could be done at a club without success.

Arsenal still have major revenues and a reasonable track record in keeping their finances in check, and they were aided by the relaxation of Financial Fair Play rules by UEFA in light of the pandemic, where two years will be rolled into one and club owners allowed to post losses of €30m, more if they can meet the losses through ownership funds and the losses being proved to be as a direct result of the pandemic.

The owners have rolled the dice on a rebuild at the Emirates, and rebuilds are expensive. But further stagnation over a prolonged period of time could have hugely damaging effects on the club's revenue generation and brand.

The early signs have not been promising, but three games isn't really a large enough sample size to make any confident judgements on whether or not it has been money well spent.

Are FSG doing a good job at Liverpool? Have your say HERE

But Arsenal's outlay has risk, a risk that they knew they would need to take to try and bridge the gap that has been widening in the short term.

One addition suggests that huge progression might not be on the cards for Liverpool, but in welcoming back stars from injury and keeping their core group together it is reasonable to assume that they will be able to maintain and possibly have a better time of it than last year, when they were forced into regression.

Manchester United's big spend was because they want to win the Premier League and had the wage and revenue room to do so. Liverpool could have spent some more but decided to be risk averse.

Arsenal are spending because they have a real fear of being left behind. While investment in a team during a pandemic is to be applauded, theirs has been born from necessity. Continued failure could cost them far more.