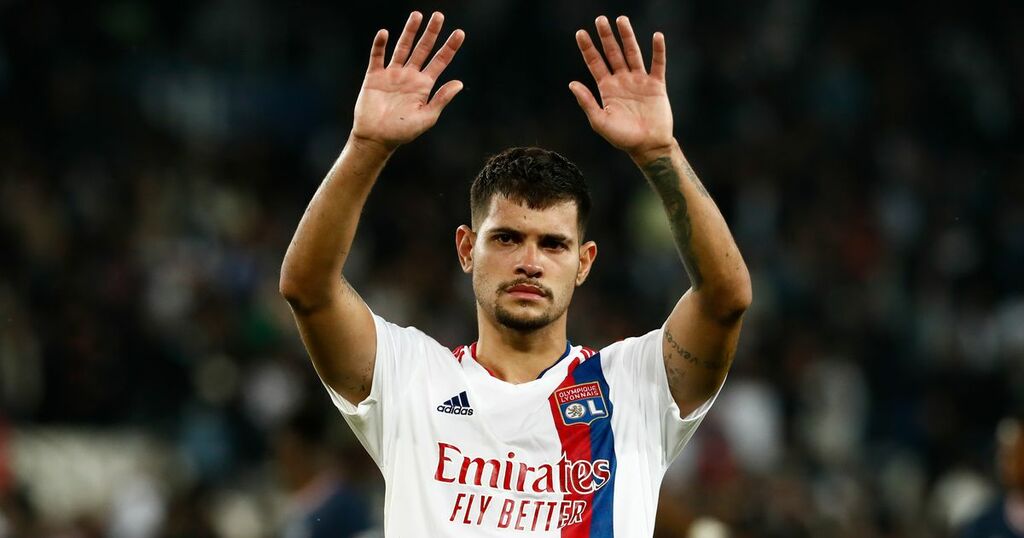 Arsenal have been told there are two ways they can structure a £37.6million deal to sign Bruno Guimaraes from Lyon in the January transfer window, according to reports in France.

Guimaraes, 24, has emerged as a key target for the Gunners as they look to add a new face in midfield as a matter of urgency.

Mikel Arteta is severely depleted in that department after Thomas Partey and Mohamed Elneny travelled to the Africa Cup of Nations and with Granit Xhaka recovering from coronavirus.

Brazil international Guimaraes could provide the north London club with welcome reinforcement in the centre of the park and he is enjoying a fine season in France.

But Lyon will not let him depart on the cheap and they have set an asking price of €45million.

Which midfielder should Arsenal sign in the January transfer window? Have your say in the comments!

That is according to Get French Football News , who report the Ligue 1 club are willing to strike an agreement in one of two forms.

The first involves an up-front fee of €45million (£37.6m) to sign Guimaraes immediately while the second would see the player move on loan with the obligation to buy in the summer for the same sum.

Juventus have also been linked with the Rio de Janeiro-born player and the report adds the Italian club may have a slight edge due to the close relationship between their chairman, Andrea Agnelli, and Lyon president Jean-Michel Aulas.

The two supremos are said to have wanted to complete a major deal for some time and Aulas reportedly tried to convince Juve to sign Houssem Aouar from his side over the last two seasons.

Should Juventus beat Arsenal to the signing of Guimaraes, the Gunners may intensify their efforts to prise Arthur Melo from the Serie A giants on loan this month.

Highbury hero Emmanuel Petit believes missing out on Guimaraes may not be the worst possible outcome for his former club as he admits he is not yet "convinced" the player can operate "at the highest level".

Speaking to Bookmakers.co.uk , the ex-France midfielder added: "Bruno Guimaraes is a very talented player. He is a physical guy with very good technique, vision and mentality.

"But, Arsenal have been targeting players in the midfield position for the last 10 years and so many of them have come to the club only to leave again after two years.

"So, they need to be very, very careful about the profile of the players they look for."

With Arsenal yet to address their midfield weakness, they travel to Liverpool on Thursday for the first leg of their Carabao Cup semi-final.