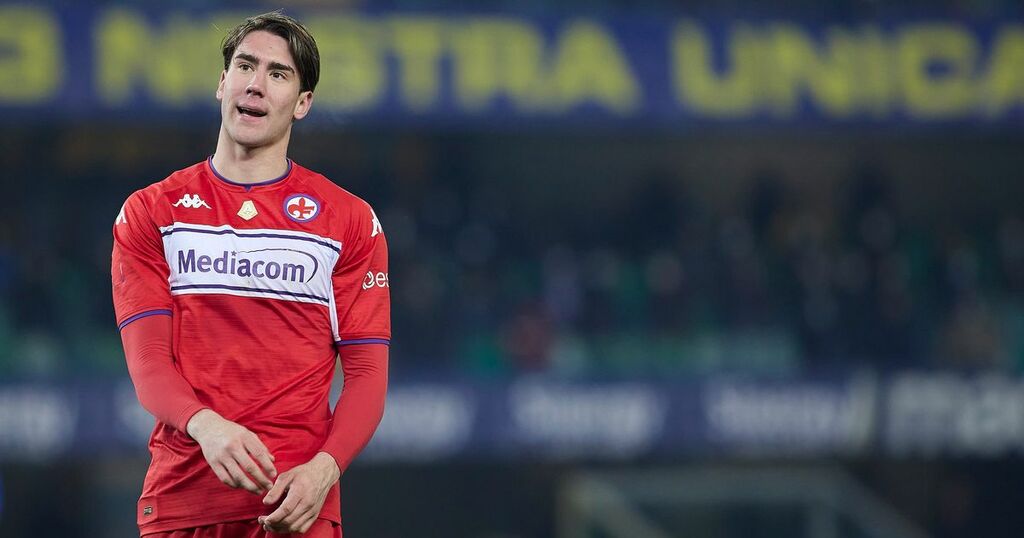 Arsenal are in the market for further business in the January transfer window, having already sanctioned one deal with Ainsley Maitland-Niles joining Roma on loan.

That has left the Gunners short on options in central midfield, with Thomas Partey and Mohamed Elneny at the Africa Cup of Nations, but that's not the only position where recruits are being eyed.

With Pierre-Emerick Aubameyang exiled and both Alexandre Lacazette and Eddie Nketiah out of contract at the end of the season, a top-class striker is a priority and Arsenal have sent their sights on their man.

Fiorentina's Dusan Vlahovic is of serious interest to Arsenal who are keen to complete a deal and they will have been encouraged by reports filtering out of Europe.

Journalist Tariq Panja has stated that Fiorentina are 'desperate' to sell this month, with Vlahovic having 18 months remaining on his contract - which will see his value drop in the summer.

However, it's the player and his entourage who may take some convincing as it's been stated they may hold out for a more lucrative move.

One alternative to Vlahovic is Everton striker Dominic Calvert-Lewin, with the Sun stating the Gunners remain interested and, crucially, the player himself would jump at the chance to move.

Landing the forward from the struggling Toffees would command a hefty price-tag though, with it stated the Merseyside outfit will demand as much as £60m.

Finally, it appears Nketiah may not be on his way out after all as Arteta issued an update on the striker's situation ahead of the FA Cup clash against Nottingham Forest.

“He is with us, every day he shows me and the club he wants to stay with us and we will keep having those discussions with him.”