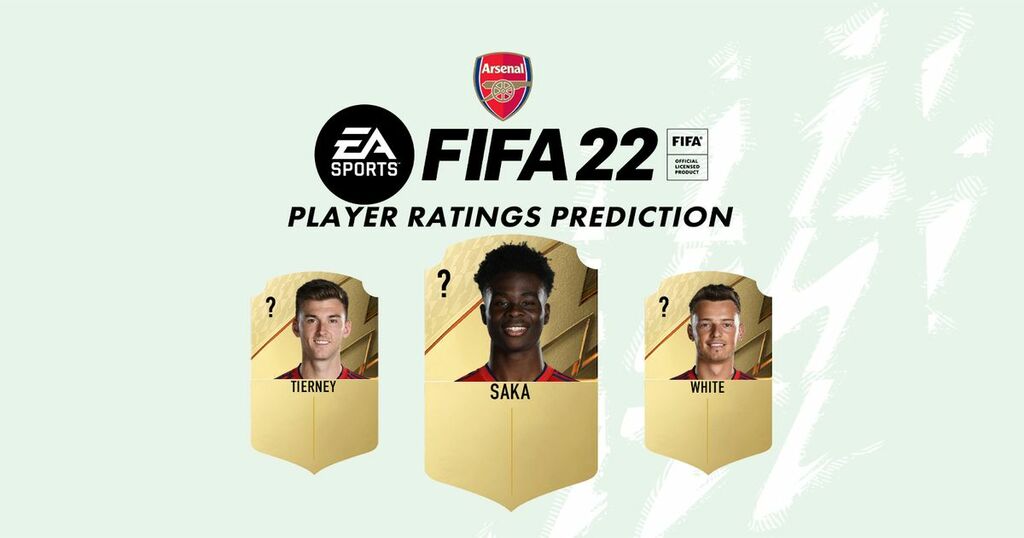 With the release date for FIFA 22 less than a month away, the Ultimate Team player ratings will soon be released, with the Arsenal squad likely to get a number of rating upgrades.

It's been a disappointing start to the 2021/22 season for the Gunners, with Mikel Arteta's side losing their opening three Premier League fixtures, with pressure mounting over the Spaniard's position as Manager of the north London side.

Based on previous years, the full slate of ratings won’t be revealed until players have FIFA 22 in their hands and can search for their favourite players, but in the lead-up to each game’s release, the top 100 are usually are announced gradually in the build-up to the official release date.

EA Sports are yet to announce when they will begin unveiling FIFA 22’s best players. However, it is expected to begin very soon, as the early access release date for the game is this month.

The Ultimate Team game mode is hugely popular with FIFA players, allowing players to create their own clubs in their own unique style and build a custom squad of players. EA recently revealed that over 13 million clubs have been created within the mode.

So, how will the Gunners Ultimate Team ratings look in FUT 22? Check out our Arsenal FIFA 22 Ultimate Team player ratings predictions below.

As you would expect, there have been some upgrades to the Arsenal squad for FUT 22, with players such as Emile Smith Rowe deserving of a boost ahead of FIFA 22's official release in a few weeks.

New signing Ben White is also due a significant upgrade after a solid season at his former club Brighton last season, whilst Martin Odegaard will likely remain the same rating after his short loan spell with the Gunners from January.

Pierre-Emerick Aubameyang, Rob Holding and Pablo Mari can expect to see slight downgrades to their cards for FUT 22, whilst a number of players will likely stay the same rating as in FUT 21, including Bukayo Saka, Kieran Tierney, Gabriel and Thomas Partey.

These cards and ratings are predictions only and there has been no confirmation yet about when the FUT 22 player ratings will be revealed, so you'll have to wait until they are confirmed.

EA has already confirmed that FIFA 22 has an official UK and worldwide release date of October 1, 2021, but some editions will allow you to play FIFA 21 slightly earlier than this.

If you pre-order the FIFA 22 Ultimate Edition on PlayStation, Xbox, and PC you’ll be able to play from September 27, 2020, with the Standard Edition allowing fans to play from the game's official UK and worldwide release date of October 1, 2021.