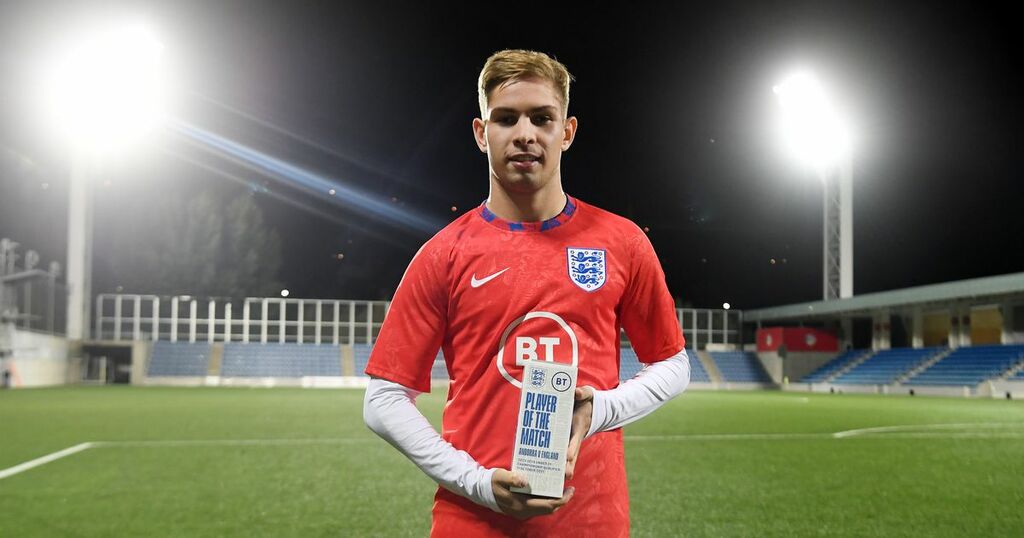 Arsenal supporters have been left shocked by the pace Emile Smith Rowe displayed in England Under-21s' 1-0 win over Andorra on Monday.

The 21-year-old Gunners star scored the only goal of the game as the young lions came out 1-0 winners, with Liverpool midfielder Curtis Jones providing the assist.

Smith Rowe is known for his creativity and dribbling abilities - something that has made him a virtually ever-present figure under Mikel Arteta since his introduction into the first team less than 12 months ago.

However, some Arsenal supporters have spotted one thing that perhaps goes under the radar when it comes to Smith Rowe - his speed.

The young Gunners star latched onto the end of a fine through ball from Jones, but had to show unbelievable speed to find himself in the position he was in, before slotting the ball in calmly past the Andorra goalkeeper.

A number of Arsenal fans were surprised to see the turn of foot from Smith Rowe - and had their say on social media.

As mentioned above, Smith Rowe has been excellent since becoming a consistent member of the Arsenal first team at the start of the year and has been praised by many big names.

Speaking to Sky Sports recently, Wilshere said: "He is a player that I really like. He came into the team really last year and sort of made the position his own but I think this season, even in the bad results he was the one player, he was the one shining light.

"He carries the ball so well in that transition from defence to attack. He is crucial to how this team wants to play.

"Especially this season, last season was sort of like his breakthrough season and at times he gave the ball away as all young players do.

"But he had a great season last season, but this season, the consistency, at such a young age to be Arsenal's, for me either him or Saka, probably him - their best player this season so far is credit to him."

So far during this campaign, Smith Rowe has scored twice in all competitions, as well as providing one assist.

The young playmaker is likely to be included in Arteta's team to face Crystal Palace in less than a week as the Gunners make a return to Premier League action following the international break.

Arsenal will be determined to return to winning ways following their goalless draw with Brighton & Hove Albion in the game before the two-week international break.