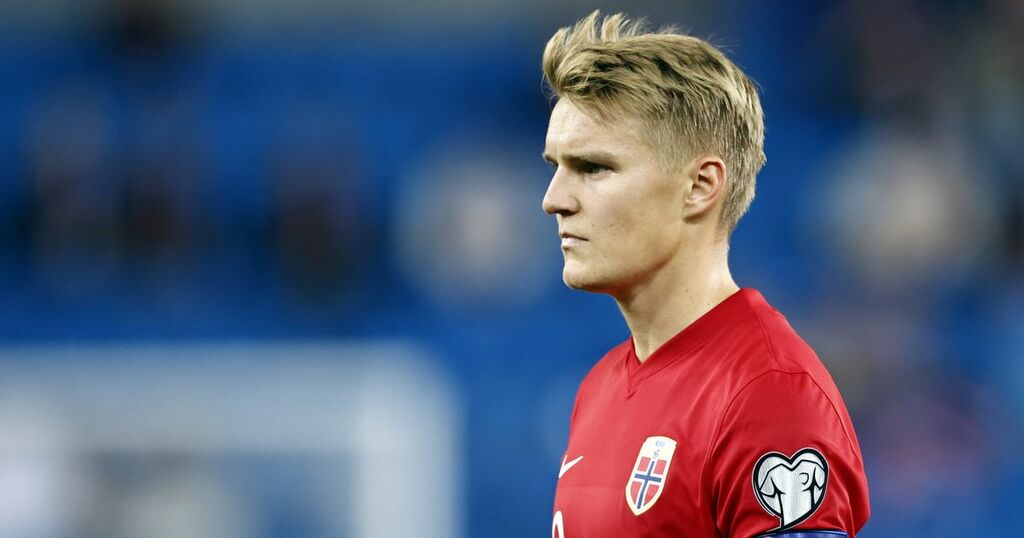 Arsenal supporters have been reacting to Martin Odegaard's fine performance for Norway in their 5-1 victory over Gibraltar on Tuesday.

The 22-year-old, who recently signed for the Gunners on a four-year contract for a fee believed to be around £29million, helped his country overcome Gibraltar in what was a relatively straightforward outing.

Erling Haaland bagged a hat-trick for the Norwegians, but Odegaard still managed to record a higher overall rating, via SofaScore, than his compatriot.

Haaland received a 9.4 rating, with Odegaard managing to secure a score of 9.7, despite having no goals or assists to his name in the World Cup qualifier.

Arsenal supporters, when taking to Reddit to talk about the midfielder's display, are delighted with how he has been keeping busy during the international break.

Odegaard, at the start of the summer transfer window, was seemingly determined to stay and fight for his place at Real Madrid under new manager Carlo Ancelotti.

However, as football.london reported at the start of August, the Norway captain became increasingly concerned about his role with the Spanish club, with other midfielders clearly ahead of him in the pecking order.

A move to Arsenal on a permanent contract was then on the cards for Odegaard, and he has started well in his second spell in north London.

The former Real Madrid ace was described as a 'unique talent' by Mikel Arteta last month after completing the transfer from Spain.

"He made us better. We needed more options, more alternatives, creativity and players that can be models in this football club," Arteta said during a press conference in August.

"He's still a really young man but he has huge experiences in big clubs already."

He added: "He has a unique talent for the way we want to play as well.

"So, I am delighted the club has made an effort and we have now Martin in a permanent deal here."