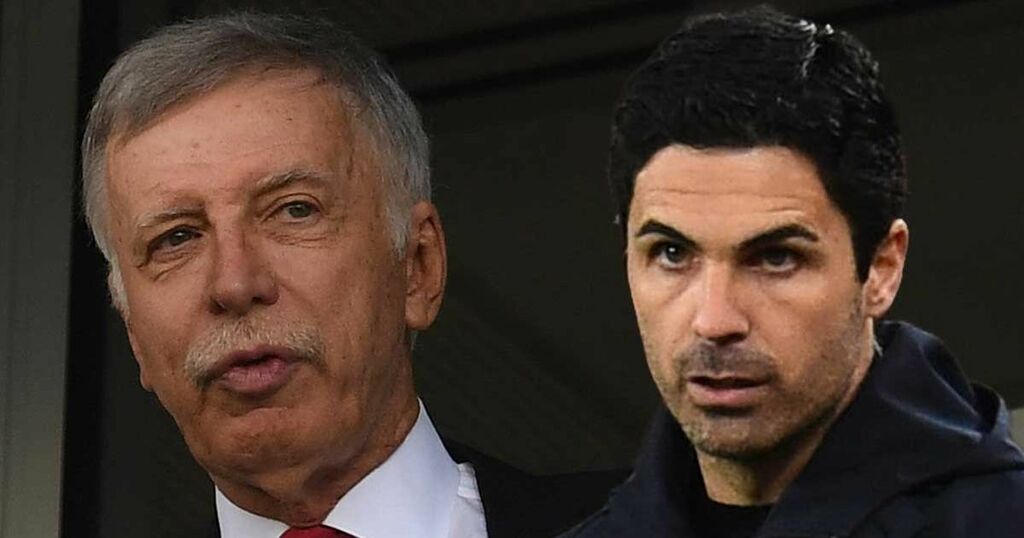 As American billionaire Todd Boehly, part owner of the LA Dodgers baseball team, buys Chelsea, cast your mind back to…

Chelsea are set to pen the first sponsorship deal of the Todd Boehly era, despite restrictions on the club

Arsenal fans have found a new way to take a subtle dig at the Kroenkes after it emerged the club are selling a portion of chips for almost £13.

The Emirates faithful have a fractured relationship with owner Stan Kroenke, who became a majority shareholder in April 2011. The fanbase have been critical of the Americans for not properly investing in the Gunners, with their last Premier League title coming in 2003/04.

It all came to a head last season when Arsenal finished eighth in the table, marking the first time they had failed to qualify for European competition in 25 years. The mood was already sour as the Kroenkes had backed the controversial European Super League plan.

This season has repaired the relationship between owner and fan to a certain extent as the Gunners are on the verge of a top-four finish, but the majority of supporters still feel they don't have Arsenal's best interests at heart and are using the club to extract as much money as possible.

And those fans have been given more anti-Kroenke ammunition, albeit lightheartedly, after it came to light that a box of chilli cheese fries costs £12.60 at the Emirates. Arsenal are notorious for expensive food prices given their location in England's capital but supporters have been left outraged by this particular menu item as they poked fun at their own club.

@ afcalexs tweeted: "Going straight to our summer transfer fund." @ savagekyoshi said: "£12.60 for a side?! Boy we better be financing Haaland & NOT a new Nketiah deal." @ mckeown_afc added: "Biggest scandal at the Emirates today."

It's not the first time the food menu at the Emirates has caused a stir after supporters were charged over £18 for a burger and chips. Arsenal fans will do anything to get one over the Kroenkes due to the clear disconnect between the owners and supporters.

What do you make of Arsenal's food prices at the Emirates? Let us know in the comment section below

The Emirates faithful have staged various protests since the failed Super League bid, voicing their anger towards Stan and his son, Josh.

Thousands of supporters gathered outside the club's stadium ahead of their Premier League clash with Everton in April last year before carrying out another protest in their final game of the season against Brighton - which Josh Kroenke attended - as they threw their weight behind the 'Kroenke out' message.

As American billionaire Todd Boehly, part owner of the LA Dodgers baseball team, buys Chelsea, cast your mind back to…

Chelsea are set to pen the first sponsorship deal of the Todd Boehly era, despite restrictions on the club