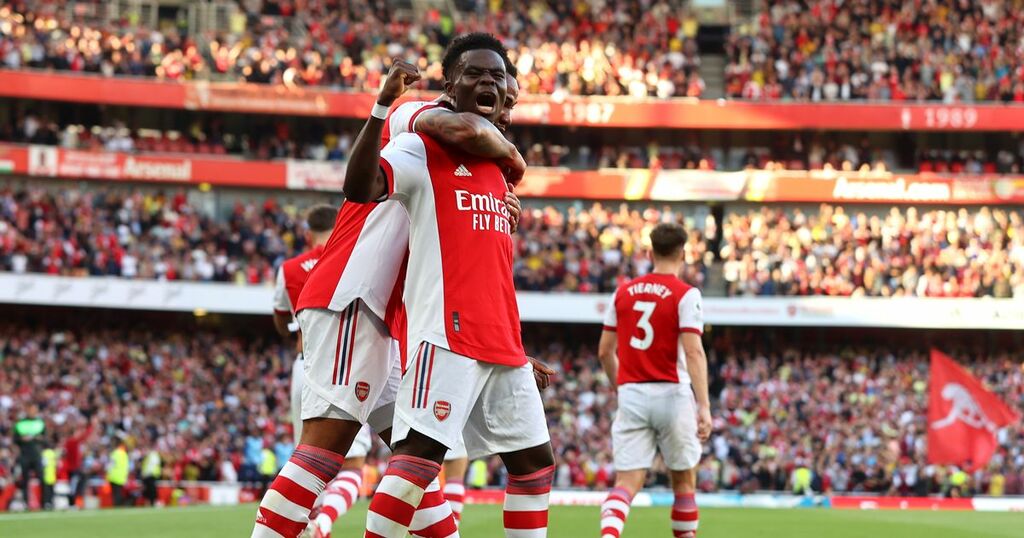 Bukayo Saka has been named on the ten-man shortlist for the 2021 Kopa Trophy that formally recognises football's best player in the world under the age of 21-years-old.

The Arsenal starlet is up against two England international teammates in Mason Greenwood and Jude Bellingham as the Three Lions reign superior as the most dominant nation on the list.

Hale End's next biggest star will be looking to do all he can in the coming weeks to ensure he walks away victorious and follow in the hallowed footsteps of former winners Matthijs de Ligt (2019) and Kylian Mbappe (2018).

Saka will be hoping he can become the first winner since the outbreak of Covid and also the first non-defender to win the award since Mbappe three years ago, emulating the Frenchman's fruitful endeavours since.

The Arsenal Way writers Tom Canton and Bailey Keogh along with content editor Chris Davison delved deeper into Saka's latest nomination as one of the world's greatest young talents and how he can push on in the footsteps of previous winner Kylian Mbappe, live on The Arsenal Way youtube channel.

Keogh kickstarted the debate asserting that the Gunners' number seven has every chance of winning the award before naming Saka's biggest obstacle.

"Absolutely, looking at the list, the realistic opponent for Saka is Jude Bellingham. Mason Greenwood started the season well but last season he struggled to get off the mark which I think will go in Saka's favour," said Bailey.

"Then you have to look at Euro 2020 and that separates Saka from the rest of the group. Bellingham was in the squad but he didn't play too much whereas Saka sometimes carried England a few times.

"He's done very well. He's our star-boy and I don't know where Arsenal would be without him."

Davison then had his say and was in agreement with Keogh.

"Pedri is certainly a strong candidate to pick up the award. I was really impressed with him at the Euros - he has had quite the rise," he said.

"Bellingham has been fantastic but I've got to get behind our very own star-boy. He's a joy to watch, he always gives 110%, he's just brilliant.

"He captured the hearts of millions across the country at the Euros whilst only 19 and he's made some very big statements already."

Do you think Saka deserves to win the Kopa Trophy? Make sure you have subscribed to The Arsenal Way! The Fan Brands team along with plenty of your football.london favourites will be producing daily Arsenal content for you to enjoy including match reactions, podcasts, football fun and interviews.