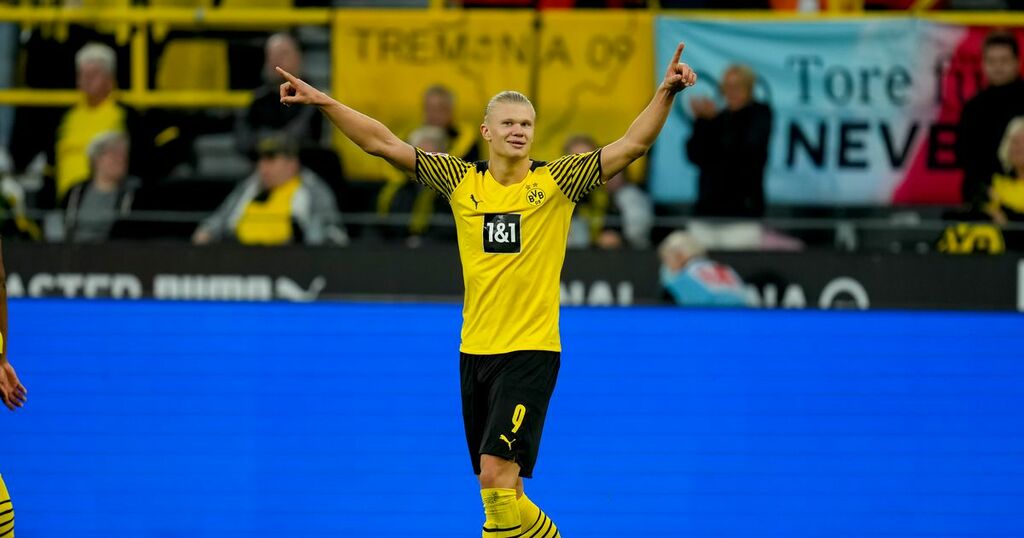 Arsenal have been told by RB Salzburg they must table an offer between £25.5 million and £34 million to stand a chance of signing Karim Adeyemi, according to Sky Sports Germany.

The 19-year-old striker has begun to emerge as the next exciting talent from the Austrian side to win the attention of European royalty, following in the footsteps of Erling Haaland and Patson Daka.

Adeyemi has already scored eleven goals this season for Salzburg across 16 games on the domestic and European stage - two of which came against Lille in the Champions League.

However, despite the striker's salivating credentials that can be compared to Borussia Dortmund's Haaland, Mikel Arteta faces stern competition for Adeyemi's signature in the shape of Liverpool, according to The Mail.

Williams kickstarted the discussion by outlining exactly what Arteta will be looking for from a new striker at the club, detailing the attributes that are needed to suit the Gunners' system.

"I think Arteta wants a player in attack and in the striker role who is relatively quick, contributes to build up very little, a player who will put the ball in the net and a player who doesn't necessarily have to be great in the air," he began, before detailing how Adeyemi fits this profile and how he would benefit Arsenal.

"He is lightning quick and I think Ademyemi would generate space in number ten type areas for [Martin] Odegaard and [Emile] Smith Rowe simply because of the threat he poses in behind.

"Any forward movements would bring the defensive backline with him, generating space behind him for Odegaard and Smith Rowe.

"He has bags of potential, he's very explosive and Salzburg just have this way of unearthing strikers; Erling Haaland, Patson Daka and now Karim Adeyemi."

Keen to not get carried away by the hype bandwagon, Williams noted how the potential signing of Adeyemi holds a significant element of risk but did suggest that this shouldn't put Arsenal off.

He said: "There's obviously a degree of risk with jumping on these big talents so early and dedicating large fees to these talents so early because they haven't really proved it for an extended period of time - he's only been doing it for half a season, maybe one full season at most.

"But, I do think sometimes you do have to take the leap and make the jump. Dortmund have obviously showcased that in recent years to great success.

"They don't seem to want too much proof before jumping on him. They're willing to accept a kid has amazing talent like Jadon Sancho, Jude Bellingham and Erling Haaland."

Williams then concluded by outlining to Arteta how to go about the signing of emerging prospects as the Gunners are told to complete a similar transfer plan as Dortmund.

"I think if Arsenal want to do things differently and want to get a lead on some of the elite clubs around them, they could do with jumping on these younger players early, like Adeyemi."