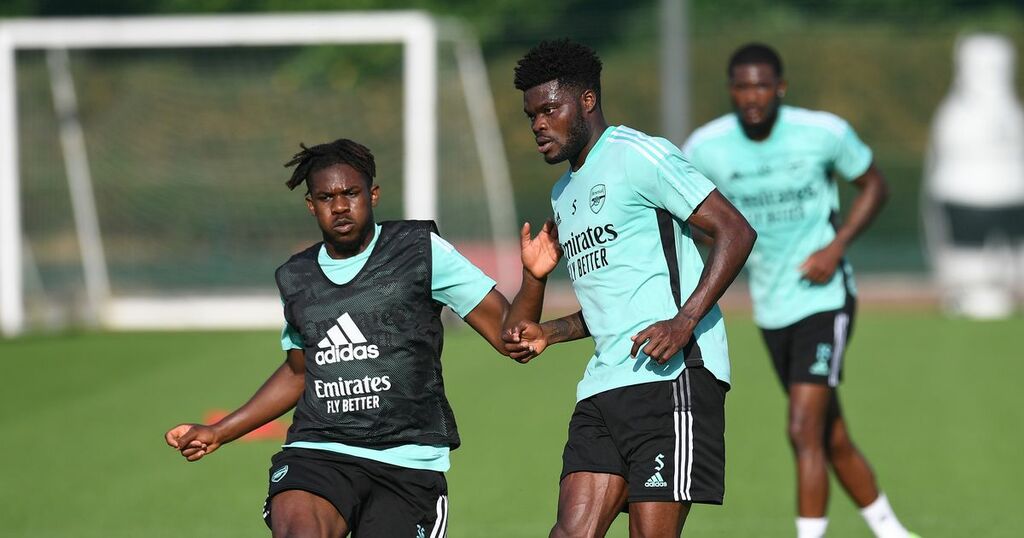 Arsenal boss Mikel Arteta has welcomed academy duo James Olayinka and Tim Akinola into first team squad ahead of their crucial must win clash against Norwich this weekend.

The Gunners sit bottom of the Premier League having lost their opening three games without scoring.

Mikel Arteta's side have shipped nine in that period with pressure already mounting on the Spaniard due to the manner of their defeat.

Three points against fellow strugglers Norwich is much needed and fresh faces have been added to training this week.

Olayinka, a central midfielder, spent last season on loan at Southend, who were then in League Two.

Akinola, joined the club last year after coming through the youth ranks at Huddersfield Town, is also a midfield option.

He was expected to head out on loan this summer but a move never happened and he now finds himself in the first team picture.

Arsenal have a host of their regular stars away on international duty so the two 20-year-olds have been able to fill the gaps.

Granit Xhaka, who’s suspended for the Norwich clash, and Sambi Lokonga are both absent.

Arteta has been keen to utilise the Arsenal academy with Bukayo Saka and Emile Smith Rowe success stories of his tenure.

The pair have become crucial parts of the starting XI with other youngsters like Folarin Balogun also emerging.

Gunners chief Edu, who presided over £150m worth of new transfers this summer, insists he and Arteta believe in the club's project despite their difficult start.

"We have two very powerful young players from the academy in Saka and Smith Rowe. We believe in them and our squad."

"But, now is the moment for everybody to be together and I would like to see people step forward in difficult moments and take the responsibility.

"I am responsible for what we are doing."