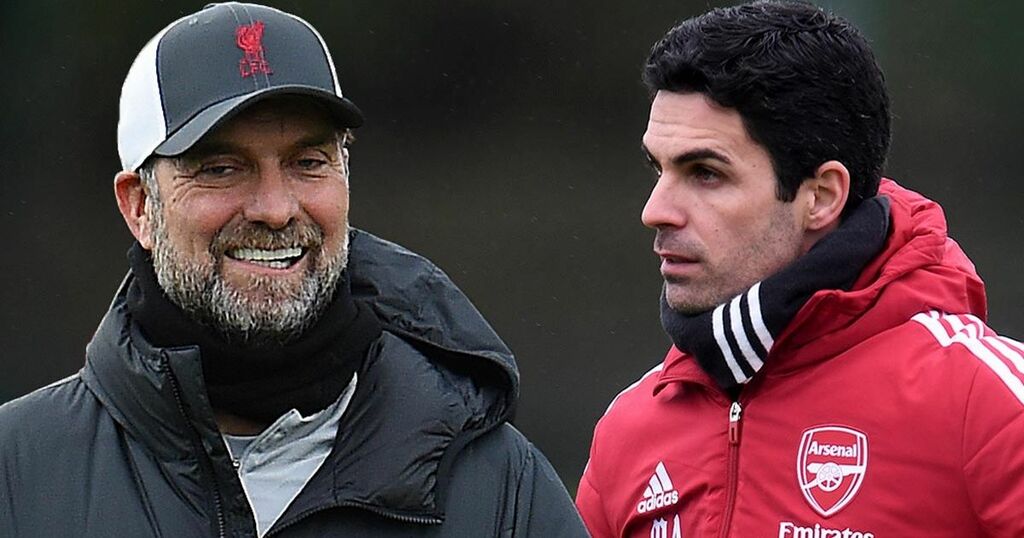 Arsenal will face Liverpool on Thursday for the first leg of their Carabao Cup semi-final.

The long-awaited clash comes a week later than billed, with Liverpool suffering a Covid-19 outbreak which forced the original fixture to be postponed.

Now, after a change of venues for each leg to avoid any further issues, Anfield will play host to two teams hoping to gain the upper hand in the fight to reach Wembley and face Chelsea.

Mikel Arteta 's hosts are also bidding to pick up their first win of 2022, having been dumped out of the FA Cup by Nottingham Forest on Sunday.

Meanwhile, Jurgen Klopp and co are hoping to reach the League Cup final for the first time since the German's first season on Merseyside.

Join the debate! Who will win the semi-final first leg? Tell us your score prediction here.

Liverpool vs Arsenal : Where to watch the Carabao Cup semi-final on TV and online tonight

Fortunately for Klopp, the Reds now have a much stronger side at their disposal than in their weekend win against Shrewsbury Town.

While Virgil van Dijk and Andy Robertson started the match, Roberto Firmino also made the bench.

But the likes of Alisson Becker, Trent Alexander-Arnold and Diogo Jota are available for selection.

Alisson's return in goal would see Caoimh Kelleher lose his place, although Klopp explained the reasoning on Wednesday.

"Caoimh is the goalkeeper for this competition but there is a chance Ali will play tomorrow just because of the situation we were in," the Liverpool boss told reporters.

"I think he needs the game now. We will see how we decide it finally but there is a good chance that Ali will play tomorrow just because of the situation with COVID and everything, when he was out.

"We all need to make sure the boys have as much rhythm as they can get. So there's a good chance Ali will start tomorrow."

The Reds will also be without Mohamed Salah, Sadio Mane and Naby Keita due to their involvement in the ongoing Africa Cup of Nations.

For Arsenal, Emile Smith Rowe and Granit Xhaka are still doubtful, having missed the Gunners' 1-0 defeat at the City Ground through injury and coronavirus respectively.

Takehiro Tomiyasu is expected to return from injury in a welcome boost for Arteta, while Mohamed Elneny, Thomas Partey, Nicolas Pepe and Pierre-Emerick Aubameyang are also away with their countries.

18-year-old academy sensation Charlie Patino could make just his second senior start in the match, with regular starters Aaron Ramsdale, Kieran Tierney and Alexandre Lacazette set to come back into the starting XI.

Gabriel Magalhaes also returns from suspension, having been sent off for two yellow cards in quick succession against Manchester City on New Year's Day.

Pre-match, Arteta was asked to give the latest update on his squad and described the situation as "extremely volatile and uncertain."

"I don't know what the situation is that we will have today or if it is different to yesterday. Obviously I cannot get into any detail with that.

"It is what it is, in the last week or so we lost so many players for many different reasons and we are trying to adapt to that. I will use the players that we have and make the most out of it."